Pattas Vs Bigil This Diwali? 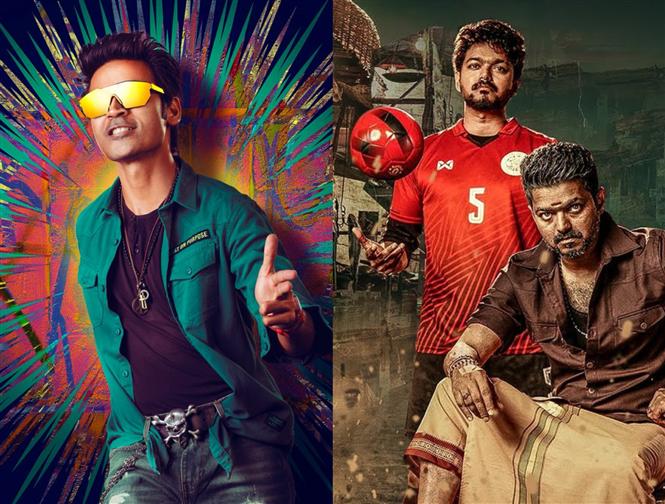 Dhanush's 39th film Pattas only recently had its first look release and fans of the actor have been excited over the vibe the poster has given. While director Durai Senthilkumar revealed that the younger Dhanush in the film plays the titular character, seems like he had more than just the 'young and active' factor in mind while naming the film. Buzz is that Pattas is aiming to be released during Diwali this year, a holiday slot when another major biggie, Bigil is releasing.

If one may recall, a similar clash was predicted between Vijay's Bigil and Vijay Sethupathi's Sanga Tamizhan; however more recently it is being suggested that Sanga Tamizhan might release ahead of Diwali, more specifically during the pooja holidays. Nevertheless, it would make for one 'loud-as-a-cracker' box-office clash if all these actors do end up releasing their films on the same day.