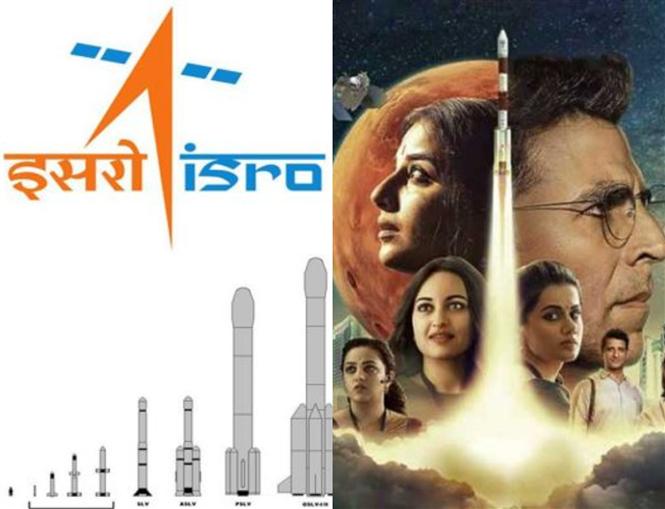 GSLV - MkIII carrying Chandrayaan-2 lifted off successfully from Satish Dhawan Space Centre in Sriharikota on Monday and while Indian Space Research Organization (ISRO) celebrated this launch, it also did make the headlines for 'promoting a Bollywood movie' amidst it all. To the unknown, this launch was initially planned to take place on July 15, 2019 but due to a last-minute technical glitch, the mission was aborted.

And while space enthusiasts eagerly awaited updates on the status of the mission,  the twitter handle of ISRO sent out quite a misplaced tweet on July 19, 2019 about Akshay Kumar's upcoming movie Mission Mangal, which is based on India's real Mars orbitter mission and had a trailer release that day. ISRO's tweet read, "As ISRO prepares for landmark launch of Chandrayaan2, Team ISRO wishes Akshay Kumar all the best for Mission Mangal and all his future endeavour."

This irked one too many people and they did not shy away from putting out what they felt about the situation, especially since Chandraayan-2 was clearly of a higher priority at that moment than a film release which was weeks away or a star actor.

Are you okay @isro? At this point shouldn't you be updating us more about Chandrayaan-2 instead of promoting a Bollywood movie?

And the Nambi Narayan movie is coming soon. Let's see.

What the hell ! You are a scientific , professional community - do not talk anything other than #Chandrayaan2 , especially after the earlier technical glitches. Forget these Bollywood chamchas , they have enough their own fan clubs to wish.

How disappointing ISRO!!? An independent INDIAN scientific institution is tweeting for an actor who is not even directing the film, is one among many other actors, is not 'Indian'!
Tagging a 'Canadian' in such tweet which represents India's hard-work & glory is disappointing.

Dear @isro you should outsource your future projects to Akshay Kumar since you don't distinguish between real & reel life.

What a downfallof ISRO? to this level!

I think you should appreciate the films director first 😀

All these years I thought rockets, spaceships and satellites is what u launch.

Hello , what the hell are you doing are you run by Govt of India or Akshay Kumar Propaganda machine. SAD MISUSE OF GOVT MACHINERY. #ISRO #indians #India @SamKhan999 what accountability we have from organisation of repute.