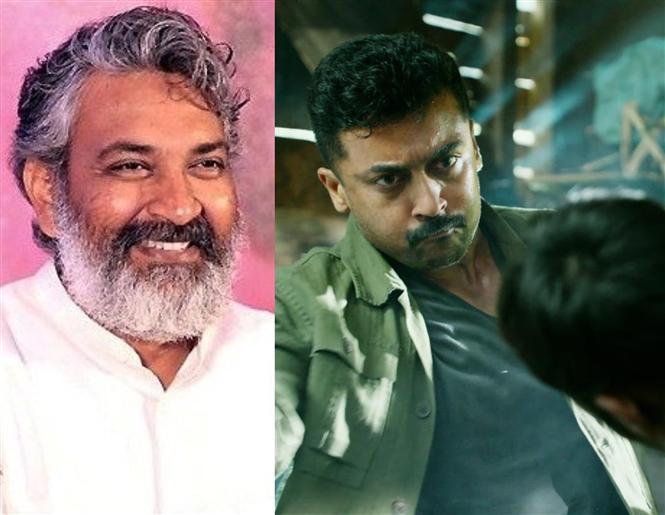 Suriya's upcoming action thriller Kaappaan, which is directed by K.V. Anand will have its Telugu title unveiled tomorrow i.e. June 27, 2019 and it will be done by none other than Baahubali director S.S. Rajamouli.

The poster along with the title is expected to come out at 10. 30 AM and the same was confirmed by the film's director recently.

Kaappaan is produced by Lyca Productions and also stars Mohanlal, Sayyesha, Arya, Boman Irani among others. The film's teaser gained a considerable amount of positive attention upon release while the film is scheduled to hit theater screens on August 30, 2019.