Vijay Sethupathy, Amalapaul to pair up for the first time

Actor Vijay Sethupathi will be seen pairing up with actress Amala Paul for the first time for an upcoming film. The film which is touted to be a musical love story will be directed by Venkata Krishna Roghanth a former associate of director SP Jhananathan.

The shoot for the film has began today at Palani and the team had planned to shoot in Ooty in the next schedule. 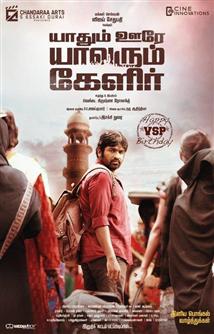