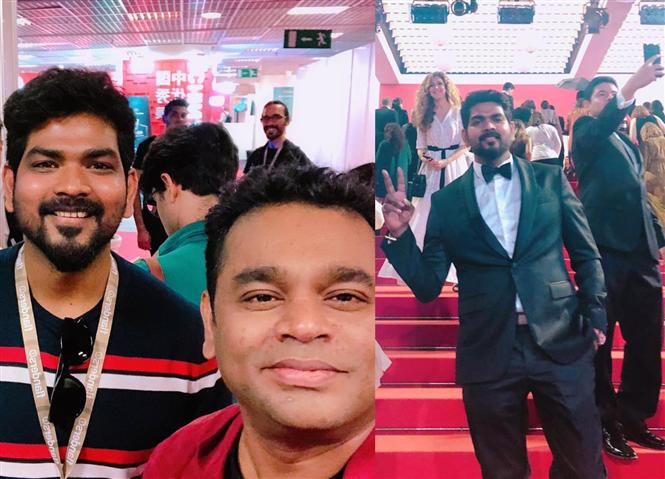 All I have seen & experienced in life teaches me to trust the CREATOR for all that I have not seen ... 😇 Life is all about dreams ! One of those dreams slightly , lightly touched ... still a long way to Go !! #firstexperience #prestigious #redcarpet #cannesfilmfestival #cannes2019 #instacannes #thedeaddontdie #LoveMyJob #filmfestivals #inspirational #moments #positivevibes #thinkbig #writingmode #finaldraft #SK17

Going by Vignesh Shivan's hashtags, he is currently working on the final draft of SK 17, which is an untitled film to be bankrolled by Lyca Productions with Sivakarthikeyan in the lead.

Rahman on the other hand was there with his wife Saira Banu and was seen hanging out with members of the Cannes jury and his friends at the film fest. He was also seen attending an Intel event at the feat as a guest speaker: