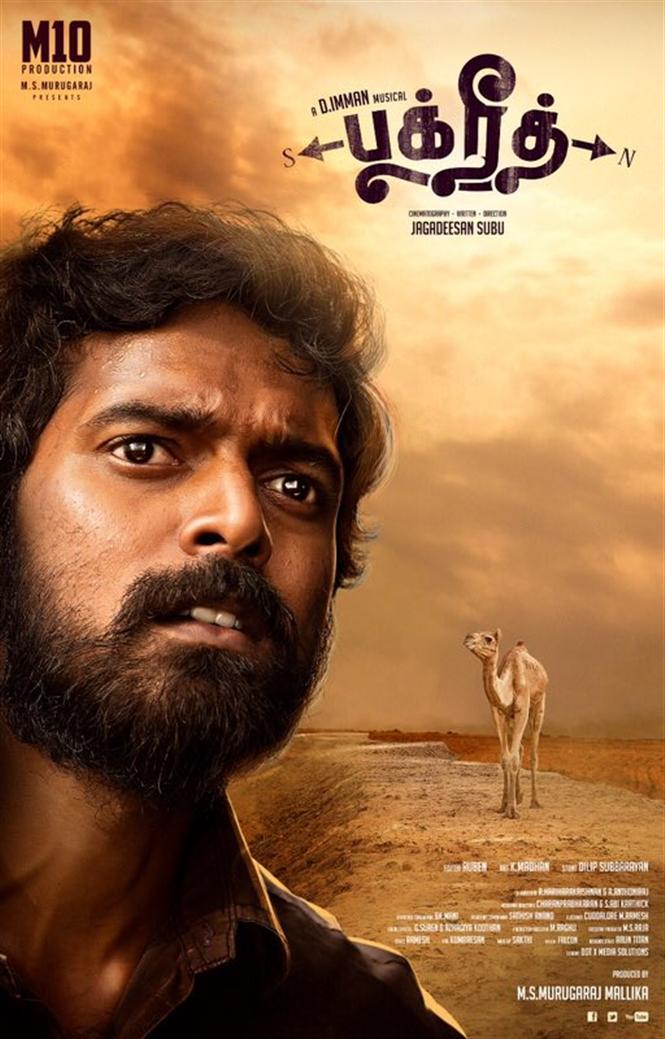 The first look poster of Vikranth's upcoming film Bakrid has been released by Anirudh on his Twitter page on the occasion of Bakrid. Touted to be India's first camel based film, Bakrid is directed by Jagadeesan Subu. The film has music by Imman and is produced by M10 productions.

Happy to release the first look of #bakridthemovie#bakrid
Looks really interesting as it is India’s first camel based film.. My heartfelt wishes to@vikranth_offl@Jagadeesan_subu@immancomposer
@MsMurugaraj4@AntonyLRuben
@DilipSuburayan#M10production for a super success :) pic.twitter.com/ll0HK8JeBW