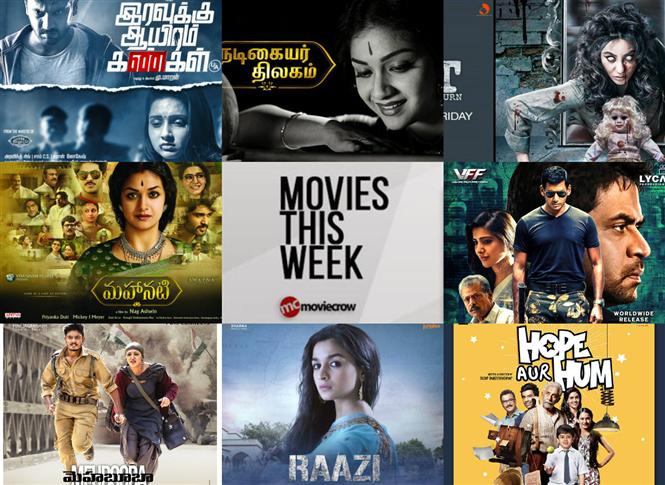 This has been a week of good movie releases in quite a while, not to mention the actresses' ruling the screens this time. While Keerthy Suresh starrer Savithri biopic topped the charts with good reviews and numbers (both in Telugu and in Tamil), Alia Bhatt starrer Raazi opened to a stupendous response. Here is a look at all the new movies options available this week.

Irumbu Thirai (Review Here)
In what is being lauded as one of Vishal's better films in recent times, Irumbu Thirai portrays him as a vulnerable army officer who is pitted against a cyber master-mind. Though a mainstream action film, the movie has been written very well and the response to it has been equally good too.
Mahanati / Nadigaiyar Thilagam (Review Here)
Released in Tamil (Nadigaiyar Thilagam) and Telugu(Mahanti), this film on the life of late iconic actress Savithri has impressed not just the audience and critics, but prominent personalities from both the film industries as well. Keerthy Suresh and Dulquer Salmaan are particularly being lauded for their performance on screen and the movie tops our recommendation list this week.
Iravukku Aayiram Kangal (Review Here)
As we mentioned, it has been a good movie week and if anything Arulnithi starrer Iravukku Aayiram Kangal has only been an add to it. If you are into murder mysteries, this film is worth a watch this weekend.
Raazi (Movie Page Here)
A spy thriller based on the true-events that happened around the 1971 Indo-Pak war, Raazi portrays how  the life of a 19 year old is turned when she is required to get married into a Pakistani family, to spy and kill. Starring Alia Bhatt, the movie has received unanimously good response and has taken the numero uno position among the releases this week.
Other Releases
The other film releases that graced the theatre screens this week were Puri Jagannadh directed Mehbooba (Telugu) that again was set against the 1971 Indo-Pak war and features his son Akash Puri and Neha Shetty, Nazeerudin Shan starrer Hope Aur Hum (Hindi) which deals with the quirks that come along with ageing and the horror-thriller The Past (Hindi). 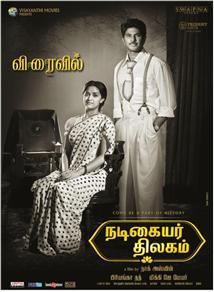