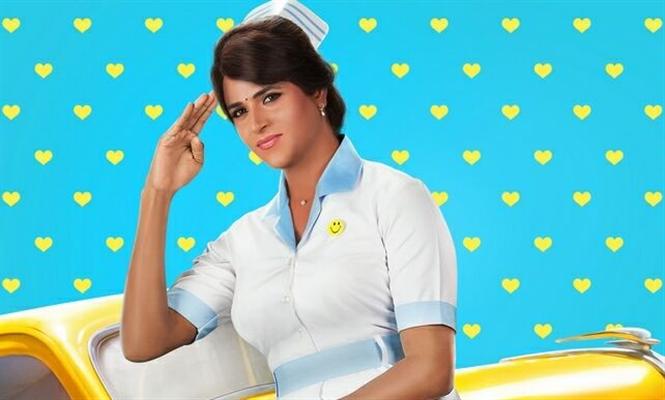 There are movies and then there are products. It is anybody's guess that Remo would probably be the latter. With meticulously planned promotions this rising star propelled vehicle is another step by Sivakarthikeyan to strengthen his position as an entertainer.

Literally no surprises here. You pretty much know this from whatever promotions you have seen so far. The hero gets a shave and increases his chest size to win his lady love.

Sivakarthikeyan knows what he can do and going by his short career so far the audience too seem to be content with it. Remo is quite an oxymoron from his point of view. He has played it safe again but with a substantial risk too.

The decision to play a female in disguise would have taken some convincing on his own part. In Tamil cinema it is always the actors who do this. The stars usually would prefer to stay macho. For someone who looks to be a star (from his career choices so far) this is quite a brave decision. He does manage to make things work here as the nurse. It is not a performance that might make you consider him  a serious actor but it is quite cute in way. The action sequences are a damp squib with the body double so obvious at certain places. Keerthy Suresh looks ravishing and does a neat job. Sathish delivers the laughs in his limited space.

While this is not a problem with Remo alone the double standards that these films carry is getting beyond a point. It is love at first sight for the hero. And then we have dialogues about how love is beyond physical appearances. The hero happens to see a beautiful girl on the road. We get to know that he has fallen in love with the help of Anirudh's BGM. In the next scene he gets to know that she is engaged. He weeps and then says to his friend that he did not cry this much even when his father had expired. If that is all it takes to fall in love he could so easily fall in love everyday (of course with the BGM to help him understand this). If this is the love that these movies are going to continue propagating, God help the impressionable minds. I literally found no difference between the love between the lead pair and the one that Yogi Babu has for the 'nurse' avatar of Sivakarthikeyan.

You do not expect logic in these movies. And seriously there is no logic in expecting it. You do not mind the hero alternating between the two sexes within a matter of seconds. But when you notice the slight stubble which vanishes during the makeover only to be present again in the very next scene you realize a complete disregard for common sense on the part of the makers.This is also a film where a nurse wears only her uniform even when she is called in the middle of the night by her friend. The male population would happily welcome a movie by Bakkiyaraj Kannan where the heroine plays a lingerie model.

The characterisation of the groom is a terrible sore point. Why is it that our makers always opt for the easy choice of making the groom a bad guy. Our heroes are so good that they want to help out only those girls who are engaged to male chauvinists. Vaseegara, Youth, Vaalu and the list goes on. Why not have the guy as a decent fellow? But then you will have to search for someone other villain to have a stunt sequence in a romcom. Effective utilisation of the available characters probably!!!

All said and done, Remo does provide some bare minimum entertainment which is the ultimatum that these films aim at. It does keep providing some laughs on the go. The type of jokes that you do not recollect the next minute. Sivakarthikeyan's makeover as the nurse looks credible. The stylists have done a real good job. For a role that runs almost throughout the film, Sivakarthikeyan has done a commendable job in not turning it into a caricature. The songs are catchy and shot in music video style. But they all look identical with the choreography.

Remo is a colourful vehicle that looks attractive. It is the fuel that is a bit stale and keeps running dry a few times. 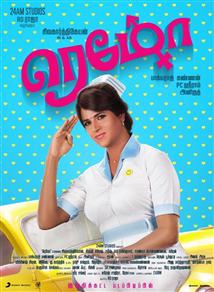