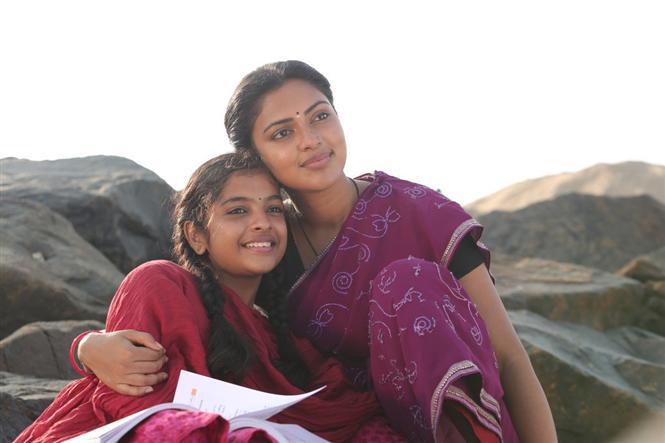 Plot: Tale of a single mother whose only dream is to see her daughter make it big.

Amala Paul is very good as the principal character.She is quite earnest, be it the light hearted scenes or the slightly emotional ones. Guess someone else has dubbed for her. In these type of performance oriented roles you definitely sense a certain amount of incompleteness when the actor does not dub by himself/herself.

The young girl who plays her daughter is convincing. She plays an age where she cannot afford to be too cute nor too mature and she does walk this thin line effectively. Samuthirakani's performance could evoke mixed reactions. But it definitely is a welcome variation that he has tried. As the headmaster with a funny streak he lights up a few moments.

Amma Kanakku definitely has a lot of heartwarming moments. Much like Kaaka Muttai this is a film that does not sensationalise poverty.The people shown in the film like the studious boy who works in a mechanic shed in the evenings do have monetary issues. But they are shown as people who are content with their life and are trying to make it big without frowning upon their situation.

The feel good factor does stretch throughout. But something is missing in certain scenes which should have soared higher than what they are at the moment. The scene where Amala Paul meets the collector in his house for instance.

It really plays out quite flat and also is a tad artificial. When she picks up a quibble with the security in the collector's house and when she makes faces to him after succeeding in her attempt our lips do not curve into that genuine smile.

The scene is definitely cute on paper. But it really does not translate effectively on screen. It surely does not end up irritating you trying to be too cute but the problem is it just ends up as a normal scene when it actually should have been more.This is the film's biggest drawback. You literally feel the warmth behind the idea of each scene rather than the scene itself imbibing this feel on you.The finishing portions play a little too hastily and also seem contrived.

Amma Kanakku ends up as a sweet little film but mostly on the surface. 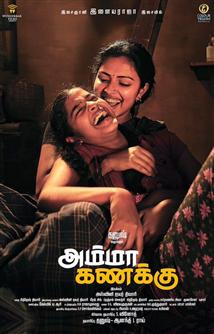