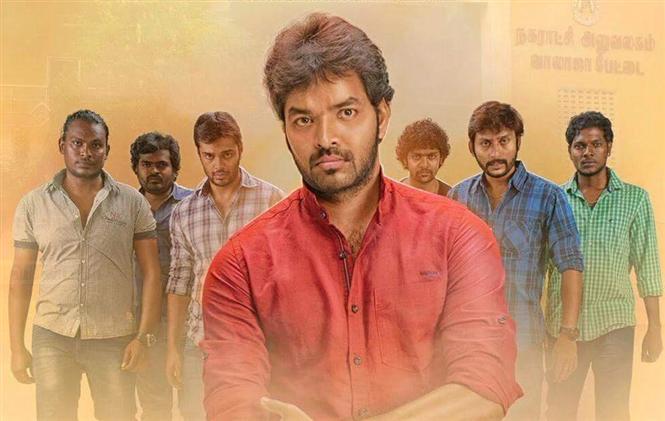 A youngster who does not bow down and a political system thriving on caste and corruption has been fodder to a few films. Some like 'Madras' managed to stand out with the way this tale was narrated. Manimaran's Pugazh is a film that is set on these lines. But does it have enough to strike a chord with the audience?

A playground that has been serving the locals for decades is in danger of being taken up by the corporates. The hero has to step in.

Another attempt (after Valiyavan) by Jai to break his innocent image. You cannot be too laid-back playing these angry young man roles. But you get this feel with almost every actor in the film. They look like sleepwalking most of the time. It cannot be disinterest when everyone performs like this. Probably the maker wanted to be too realistic and did not get his meter right. Karunas and to an extent Marimuthu are the only ones to make an impression.

The film has a very low key feel. The intention to have very grounded stunt sequences is obvious. But the BGM sounds like the one where a mass hero is taking on the baddies.

The film has all the necessary scenes (on paper) that you would associate with a winner. But it all plays out in an uninspiring manner on screen. There is a love track and you have no clue where it started. The lead pair have an argument and in a later scene the hero has already fallen in love. Were scenes removed randomly to make the film crisper? An important character is killed. You feel nothing. The hero too seems to feel nothing as he is seen happily smiling in his engagement a few scenes later. And then a few scenes later he beats up the baddies.

Pugazh plays out flatly for the most part. For a film that is supposed to be packed with a certain tension it lacks the fizz. 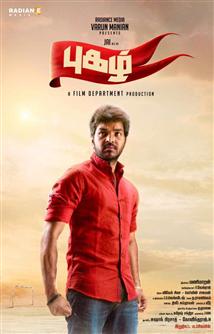