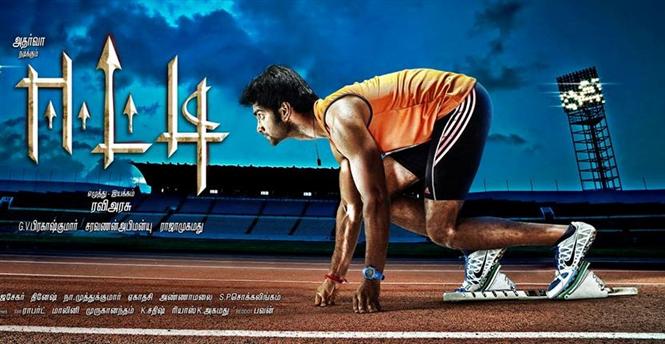 Sports woven around a masala fare can raise the bar by a few notches. A nicely staged and dramatically choreographed sports sequence can give you the high you get when your favourite hero sends the goons flying. Eeti tries to do both. Does it do it well enough?

Eeti follows the everlasting one liner to launch someone as an action hero. An unassuming youngster has to take on the baddies. A medical condition is added on to spruce up the proceedings.

Atharvaa gets it right in Eeti and ticks most of the essentials of the 'Tamil Action Hero'. A well toned physique, agility in the action sequences and a certain ease in the romantic interludes. Proper choice of movies and he could well be on his way. The rest of the cast are good enough and more importantly get the meter right. They cannot be too subtle as it is a commercial vehicle.

But the notable aspect is that none of them hams it up either.

Ruthless villains, a cute heroine, a sincere father, a honest cop, a black sheep in the police department and a hero who single-handedly decimates his adversaries. Eeti has all these clichés in place. But it proves that cliché is not a bad thing. The recipe for a commercial entertainer is almost always the same. The cooking is what matters and director Ravi Arasu gets it right. Things keep moving at a rapid pace and there is no melodrama anywhere which is the clincher in Eeti. The action and the sporting sequences are filmed neatly. The Hurdling event in the climax deserves special mention.You know how it is going to end and yet the way it is filmed keeps you interested. The length of these sequences which are crisp is another noteworthy aspect.

A certain tension is not very apparent in the second half. The narration keeps you interested but there is no edge of the seat moments. If Ravi Arasu manages to get this aspect too under his belt he could be a talent to watch out far.

Eeti could have been a little more sharper but it definitely is well on target. It gives the fillip to Atharvaa as an action hero. If that was the intention Eeti is a winner. 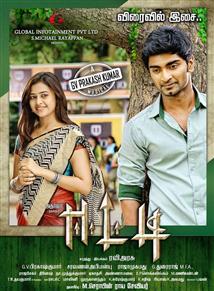