Rocketry: The Nambi Effect gets rave reviews from Cannes 2022 premiere 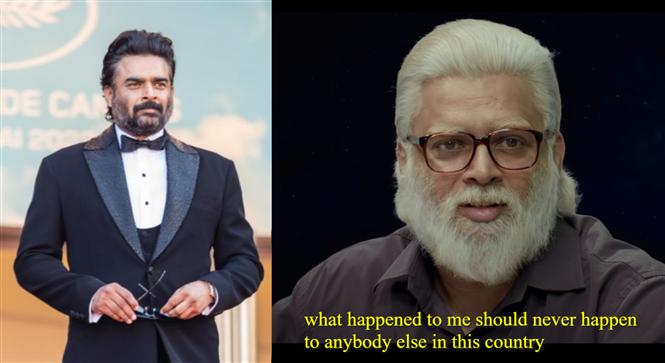 Rocketry: The Nambi Effect is biographical movie based on the life of former ISRO scientist Nambi Narayanan and the film written and directed by R. Madhavan is scheduled to release in theaters on July 1, 2022. Rocketry was premiered at the 75th edition of the international Cannes Film Festival, as a part of India's official selection and rave reviews for the movie have been trending on Twitter from those who caught the premiere at France.

Indian union minister for Information and Broadcasting Anurag Thakur, CBFC chief Prasoon Joshi, filmmaker Shekhar Kapur and composer AR Rahman who had all accompanied Madhavan as a part of the Indian delegation at Cannes, 2022 tweeted praising Rocketry: The Nambi Effect.

ROCKETRY is Spellbinding & will leave the audience Speechless; it is a story the world must see.

Congratulations @ActorMadhavan on capturing the soul of the story & sharing it w/ the world.

Watched #Rocektry. A truthfully crafted film with a keen eye on the subject. Congrats dear @ActorMadhavan you have intensely and authentically lived Nambi Narayanan ji on screen.
Meeting #ShriNambiNarayanan ji in person was a privilege and an honour .@arrahaman @IndiaAtCannes pic.twitter.com/fxnWu7uk7j

What a beautiful film #rocketry, a film based on the life of Rocket Scientist Nambi Narayanan is. The film had its #cannes premiere last night, beautifully directed and starring R Madhavan. The presence of Nambi Narayanan himself in the audience made it even more heart wrenching