The official release date of Rocketry: The Nambi Effect starring Madhavan, Simran and Suriya (Tamil version), Shah Rukh Khan (Hindi version) has been announced to be April 1, 2022 (Friday). Rocketry written and directed by Madhavan will be releasing in theaters in Tamil, Hindi, English, Telugu, Malayalam and Kannada languages. 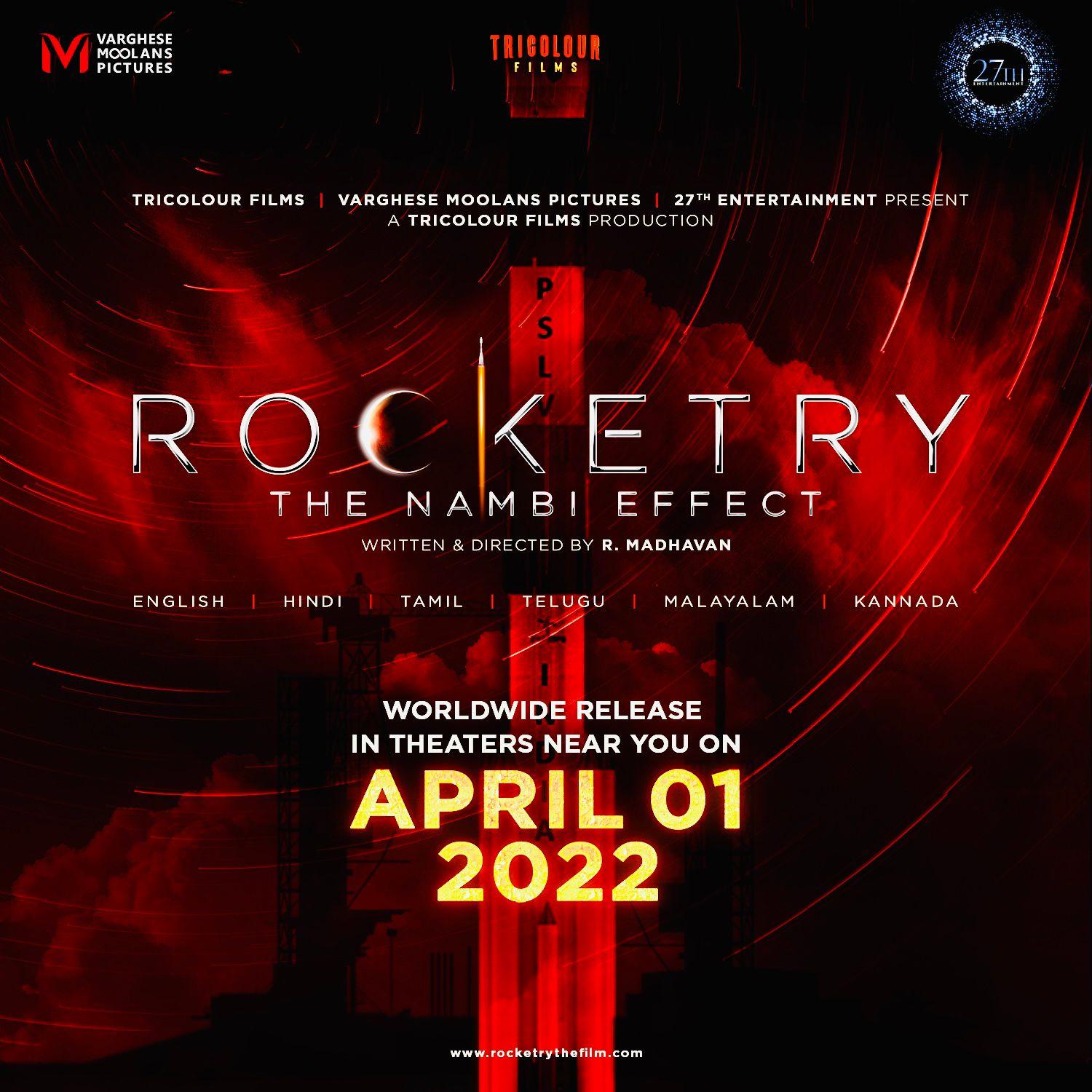 Rocketry is a biographical drama about Indian space engineer and ISRO rocket scientist Nambi Narayanan who was falsely accused of transferring confidential documents to foreign countries and arrested in 1994; he spent two months in jail. The CBI dismissed charges against him in 1996, the Supreme Court cleared his name in 1998 and in 2018 Nambi Narayanan was granted Rs. 50 lakh in monetary compensation for the wrongful charges and arrest.