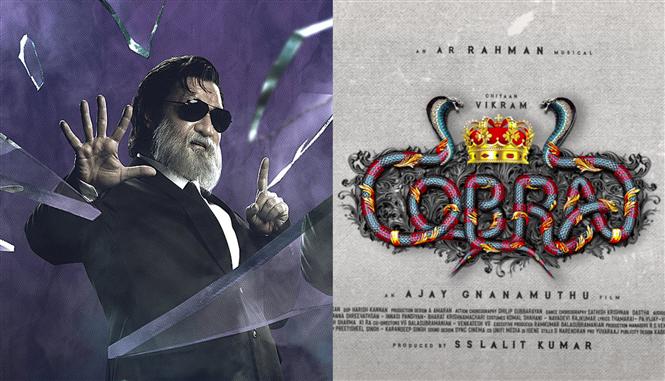 Cobra is an upcoming psychological thriller starring Vikram in the lead and the movie directed by Ajay Gnanamuthu of Demonte Colony (2015), Imaikaa Nodigal (2018) fame was previously hinted to release in the month of May. However latest buzz suggests that Cobra is gearing up for an Independence day release this year i.e. second week of August, 2022.

Produced by 7 Screen Studio and also starring Srinidhi Shetty (KGF, KGF 2), Miya George, cricketer Irfan Pathan among others, Cobra has AR Rahman for music, Harish Kannan for cinematography and Bhuvan Srinivasan for edits. Sony Music South holds the audio rights to the film's album, two singles of which Thumbi Thullal and Adheeraa are already out.