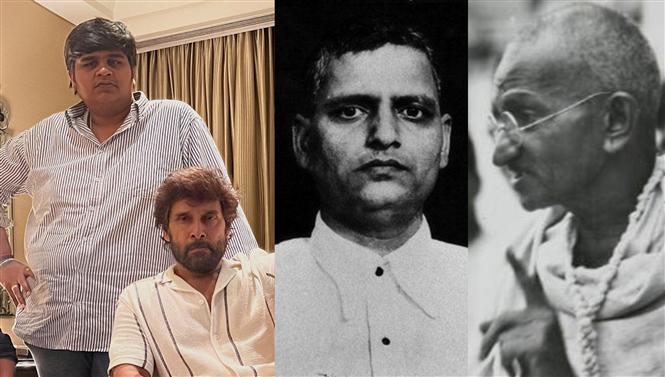 Ever since PM Modi led BJP government came to rule, there has been a rise in Nathuram Godse 'fans' who openly sympathize with and justify Godse's killing of Mahatma Gandhi, fondly known as the father of our nation. More recently (February 16, 2022), the Gujarat government suspended a youth development officer hours after it emerged that an elocution competition on the topic of 'My idol Nathuram Godse' was held for school students in the age group of Class V to VIII.

Seems like this new-found Godse VS Gandhi politics has now reached film censors too and Tamil director Karthik Subbaraj has shed light on how it affected his latest release Mahaan, where the filmmaker highlighted 'true' Gandhism at length.

In a now viral video, Karthik Subbaraj can be seen saying, "The one who comes ready to kill with a gun is Godse (in my film). We had a dialogue in my movie that went 'An ideological extremist like you is the one who killed even Gandhi'..This is a verbal attack on Godse."

Karthik Subbaraj further added, "This was asked to be changed. Because we were told we can talk anything about Gandhi but speaking about Godse could turn problematic. The reality is we can say Gandhi is dead but if we say Godse killed Gandhi many will get angry."

The filmmaker concluded, "I had to change the (original) line in my film to: ‘It is people like you who destroyed Gandhi and Gandhism.’ Godse is a terrorist who killed the father of our nation. It is a sad state of affairs that we have to be fearful of repercussions of stating this fact (out in the open)."