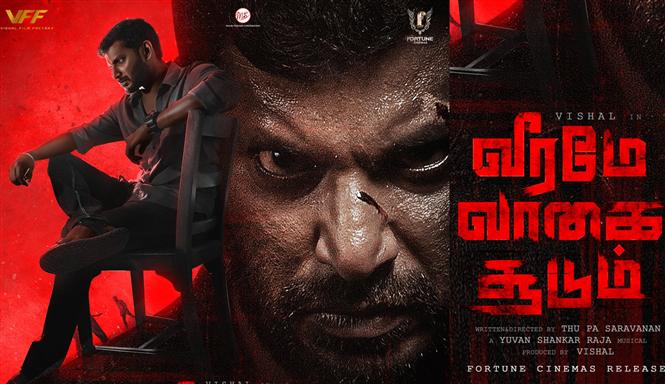 As reported previously, the makers of actor Vishal's upcoming movie Veerame Vaagai Soodum have officially announced February 4, 2022 as the film's release date. The announcement comes in lieu of Tamil Nadu government no longer continuing night and Sunday curfews in the state, meaning movie theaters can now operate at 50% seating occupancy on all days and time. 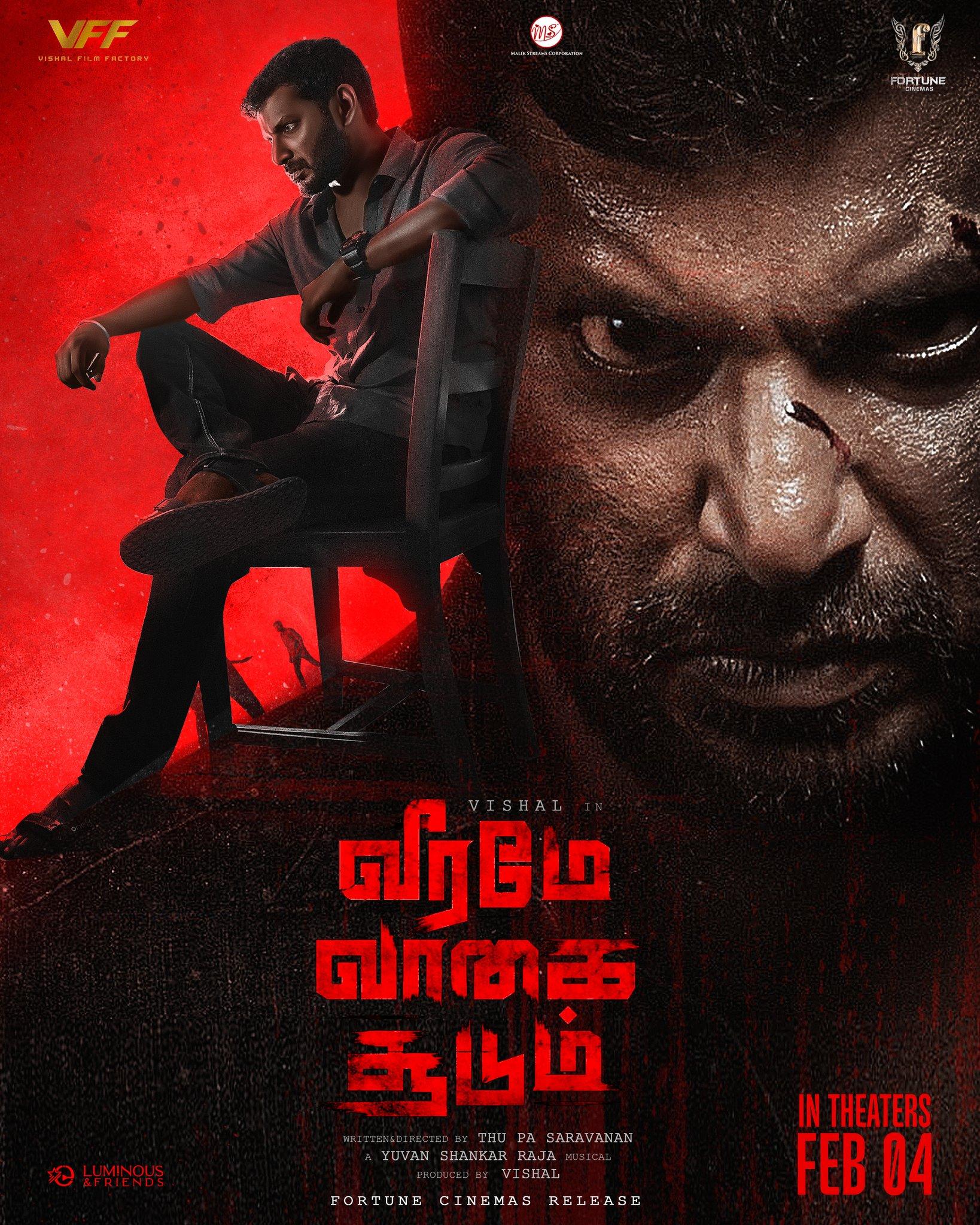 Veerame Vaagai Soodum is directed by Thu Pa Saravanan and is touted to be an action-packed entertainer, with Vishal playing a cop. The movie also stars Dimple Hayathi, Yogi Babu among others and has Yuvan Shankar Raja for music.