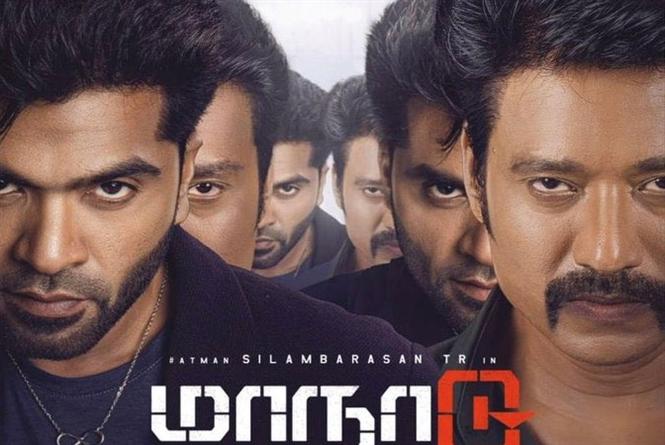 In an unexpected turn of events, Suresh Kamatchi, producer of Silamabarasan TR's upcoming movie Maanaadu has announced that the film will not be releasing tomorrow. i.e. November 25, 2021. This is the second time the film is not releasing on its scheduled date; It was previously postponed from November 14 Diwali release.

"A creation made with a lot of dreams. I was looking forward to the delivery of this. It is with great pain that I inform you that the release of Maanaadu has been postponed due to unavoidable reasons. I will announce the release date later and apologize for the inconvenience.", tweeted the producer.

Maanaadu is a political time loop thriller directed by Venkat Prabhu. The film had a good buzz surrounding its theatrical release, despite the state government's last minute spin that only vaccinated audience will be allowed into theaters. It is being murmured that financial reasons are forcing the makers to miss out on this bankable opportunity.