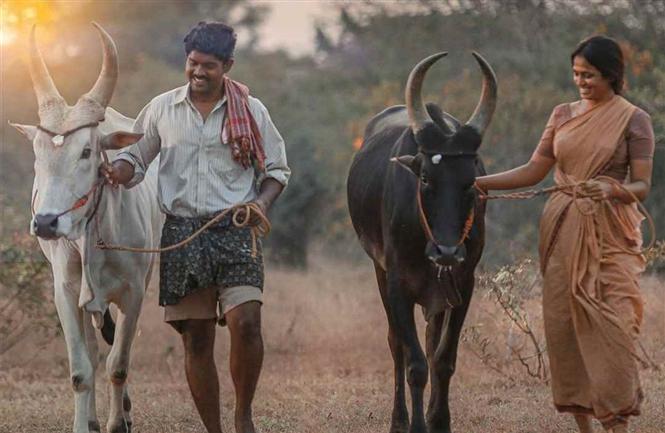 Raame Aandalum Raavane Aandalum – Too simplistic to make an impact!

Well-intentioned should probably be a separate genre that needs to be included in Tamil cinema. There are movies that may have their heart at the right place but translation of this intention into a compelling piece of cinema is a different ball game altogether. Debutant Arisil Moorthy’s Raame Aandalum Raavane Aandalum is another film that wants to speak about a lot of important issues. It is a satire in parts and an emotional drama in parts.

Kunni Muthu (Mithun Manickam) is a farmer who is in search of his two bulls (Vellayan and Karuppan). For him and his wife Veerayi (Ramya Pandian), the bulls aren’t just cattle. The couple sees them as their children. The film is about their search for Vellayan and Karuppan and in the midst, Arisil Moorthy tries to showcase the various problems faced by the rural population.

The major drawback of Raame Aandalum Raavane Aandalum is that it is too simplistic. If it was a full-length satire that kept us entertained, this would have not been a problem. But the film keeps wavering right through. There is no consistency in the tone of the film. The lighter portions do not really light-up the screen and the serious issues are treated superficially. We never really get an emotional connect with the central thread of the film. Even melodrama would have been fine if we were to connect with what is happening on screen. The Vikranth starrer Bakrid, that had the hero go in search of his camel, is a film that did this pretty well. The second half of Raame Aandalum Raavane Aandalum sort of picks up some pace and we have characters imitating real life personalities. Again, this provides a bit of amusement at the maximum and we never really get the laughs that we should have.

Raame Aandalum Raavane Aandalum juggles between being a satire, an emotional drama and a message movie. But it never really strikes a chord at any point of time. The crisp run time and a reasonably good pace ensure that the film never turns out to be a tiring watch. 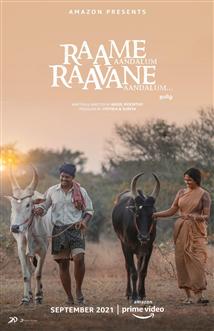