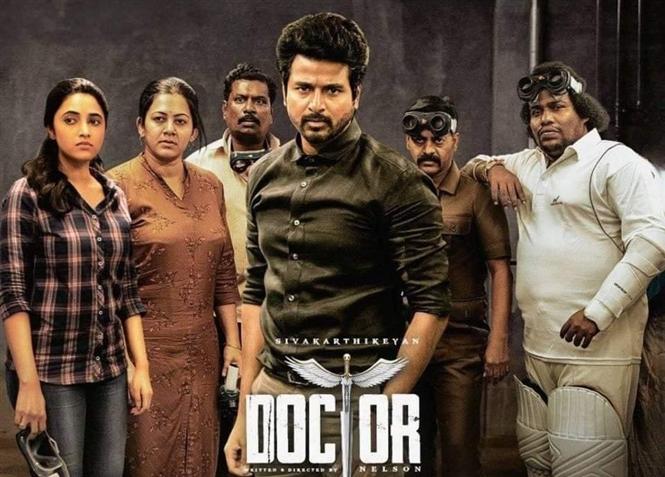 For a long time, Sivakarthikeyan's Doctor was presumed to be a medical thriller based on the movie posters until director Nelson Dhilipkumar stated that his movie was a 'fun-filled entertainer'. Organ trafficking was said to be one of the themes of the movie and now the supposed plot of the film has been revealed to be this:

Varun (Sivakarthikeyan) is a military doctor who visits Chennai to meet his fiance Padmini. Padmini’s niece goes missing and the pursuit in search for the missing girl leads to the web that is human trafficking.

Director Nelson Dhilipkumar had also revealed previously that Doctor is about Sivakarthikeyan's doctor character getting into a fix with six other people and how they escape from that situation.

The movie also stars Priyanka Arul Mohan as Monika, Vinay Rai as Shiva, Yogi Babu, Milind Soman among others. Doctor is also releasing in Telugu as Doctor Varun on October 9, 2021.