MC: Did You Know 08 - Premam director wrote Malar for Asin! 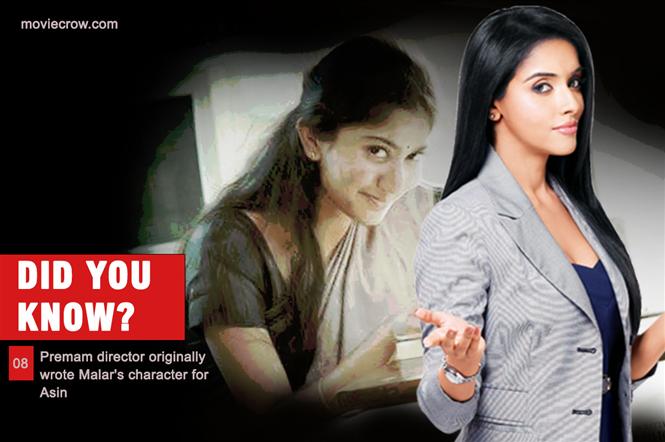 Premam is a Malayalam film which has become a cult among South Indian movie buffs since its release in 2015. One of the famous characters from the Premam whom the audience had taken a liking to particularly was the Tamil speaking Malar teacher.

The role catapulted actress Sai Pallavi into an overnight sensation. However a recent revelation by Premam's director has taken the fans by surprise. Alphonse Puthren during a social media interaction revealed that he originally wrote Malar's character keeping actress Asin in mind.

The production for Premam began in 2013 and the film went into shooting by mid-2014. Asin who had shifted based to Bollywood years prior was shooting for All is Well, her last movie during this time. According to Alphonse Puthren, both him and Nivin Pauly were unsuccessful in contacting the actress.

So the director, who had exposure to the Tamil culture from his childhood days re-wrote the character to be Tamil, casting then debutante Sai Pallavi.