Title and First Look of Vijay 65 to release soon? 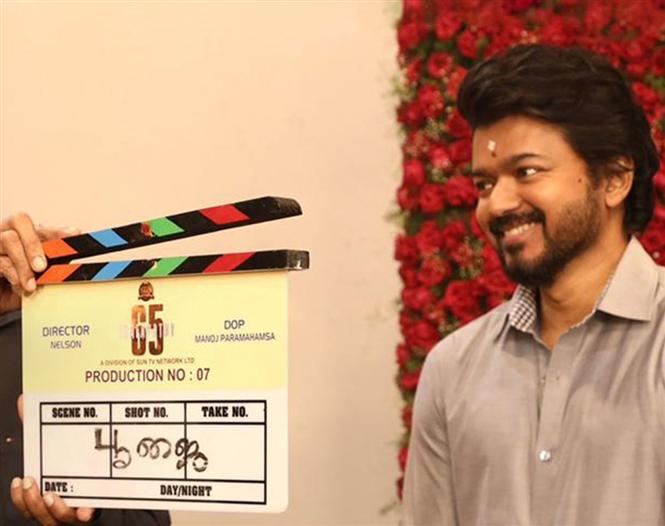 Actor Vijay's upcoming movie which tentatively goes by Vijay 65 / Thalapathy 65 is all the buzz right now for its title and first look release. The anticipation seems to stem from Vijay's upcoming birthday which falls on June, 22. However, those close to the film's production suggest that the chances of a first look or title reveal are sleek and they can be expected only close to the movie's release.

However fans may be in for a treat on Vijay's 47th birthday, as we hear that Sun Pictures is planning to unveil either exclusive stills or shooting spot pictures from Vijay 65.

Directed by Nelson Dhilipkumar, Vijay 65 is touted to be an action entertainer and is expected to release for Pongal, 2022. The movie has Pooja Hegde playing female lead and has Anirudh for music.