Cricketer Harbhajan Singh is turning hero with the Tamil film titled Friendship and the teaser for the movie, which has been in the works for quite sometime was unveiled recently. 'Bhaji' as he is fondly known to his cricket fans was unleased in full action-mode in the video and there is even a comedic reference to the thing he is actually known for - Cricket.

Friendship is directed by John Paul Raj and Sham Sundar and also stars Arjun Sarja, comedian Sathish and Bigg Boss fame Losliya among others. The fillm is scheduled to release in Summer, 2021. 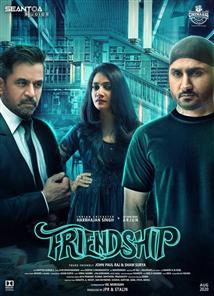