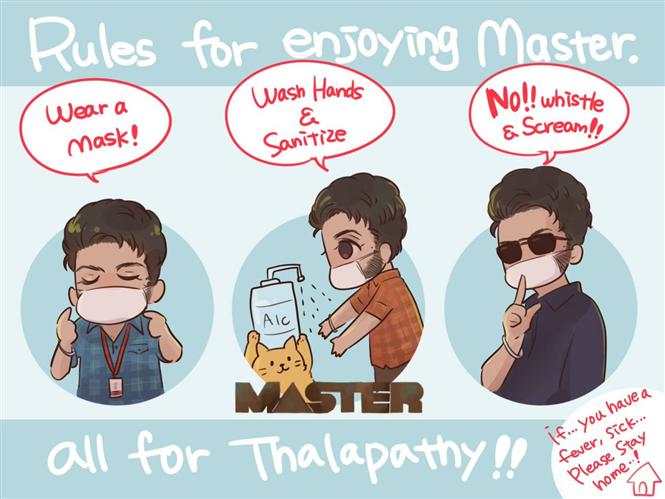 The online community is making its voice heard loud and clear in the debate that has sparked off from the 100% theater occupancy, permitted for the release of Vijay's Master and Simbu's Eeswaran this Pongal.

Even though controversies have a special liking towards both these actors (albeit different kind), since it was Vijay who met the CM of Tamil Nadu personally, the actor is bearing the brunt of the communal disdain in this topic.

[To be fair though, a 100% theater seat occupancy was not an agenda of Vijay's alone, the Tamil Nadu government's decision to permit it wasn't overnight (proof here), so the sudden outburst of outrage has left a lot of Vijay fans confused.]

Here is an explanation from a doctor to those who don't see the risk in going inside a packed movie theater. #Master #Vijay #Simbu #Eeswaran #TamilNadu pic.twitter.com/3iQFyZUUVF

Internet injustice aside, the fact remains that a lot of people in Tamil Nadu, especially the front-line workers are worried that a full theater crowd for a movie of Vijay's stature could end up being COVID-19 suicide.

And with the new strain of the Coronavirus already making its way into Tamil Nadu and its trace-source the United Kingdom going under full lockdown, even Vijay fans seemed to want to know if the Tamil Nadu government's decision was considerate of everyone's safety.

Each one should have self control and take the decision accordingly.

Which begs me to think about the thought process again behind allowing 50% capacity, shouldn't it be a matter of no spreading rather than analysing if there are 50% people the chance of them infecting others is less, I mean what about the 50% who are there?

When the theatres couldn't even ensure that the sop was followed in the case of 50% occupancy how do you think they can enforce covid restrictions with 100% occupancy. And I'm talking about multiplexes here. Single screen theatres are impossible to manage

Our actions should not hurt others. With 100% occupancy, theatres may be closed in a week due to increased covid19 +ve cases. Then, there won't be even 50% occupancy. All businesses have been impacted by the same, so theatres and movies are not special.