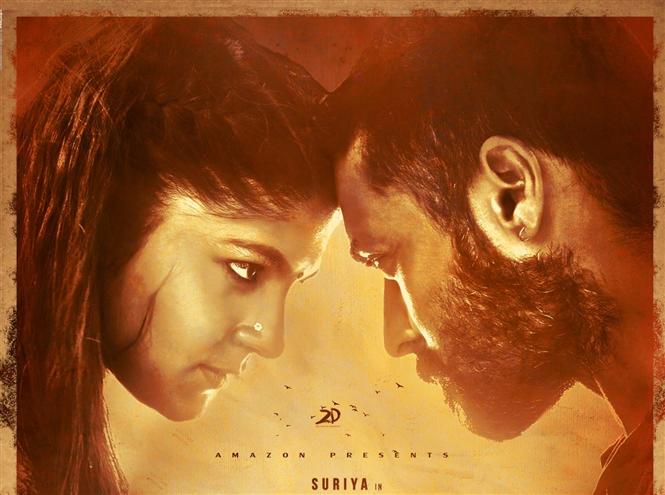 The highly awaited trailer update of actor Suriya's upcoming film Soorarai Pottru is finally here and a latest poster of the film suggests that either the video or an announcement on its release date will be dropped this evening.

In the meantime, it is being buzzed that Soorarai Pottru trailer comes with a run-time of 1 minute and 52 seconds (112 seconds) and that the Telugu version of the movie Aakaasam Nee Haddhu Ra will also have a simultaneous trailer release. 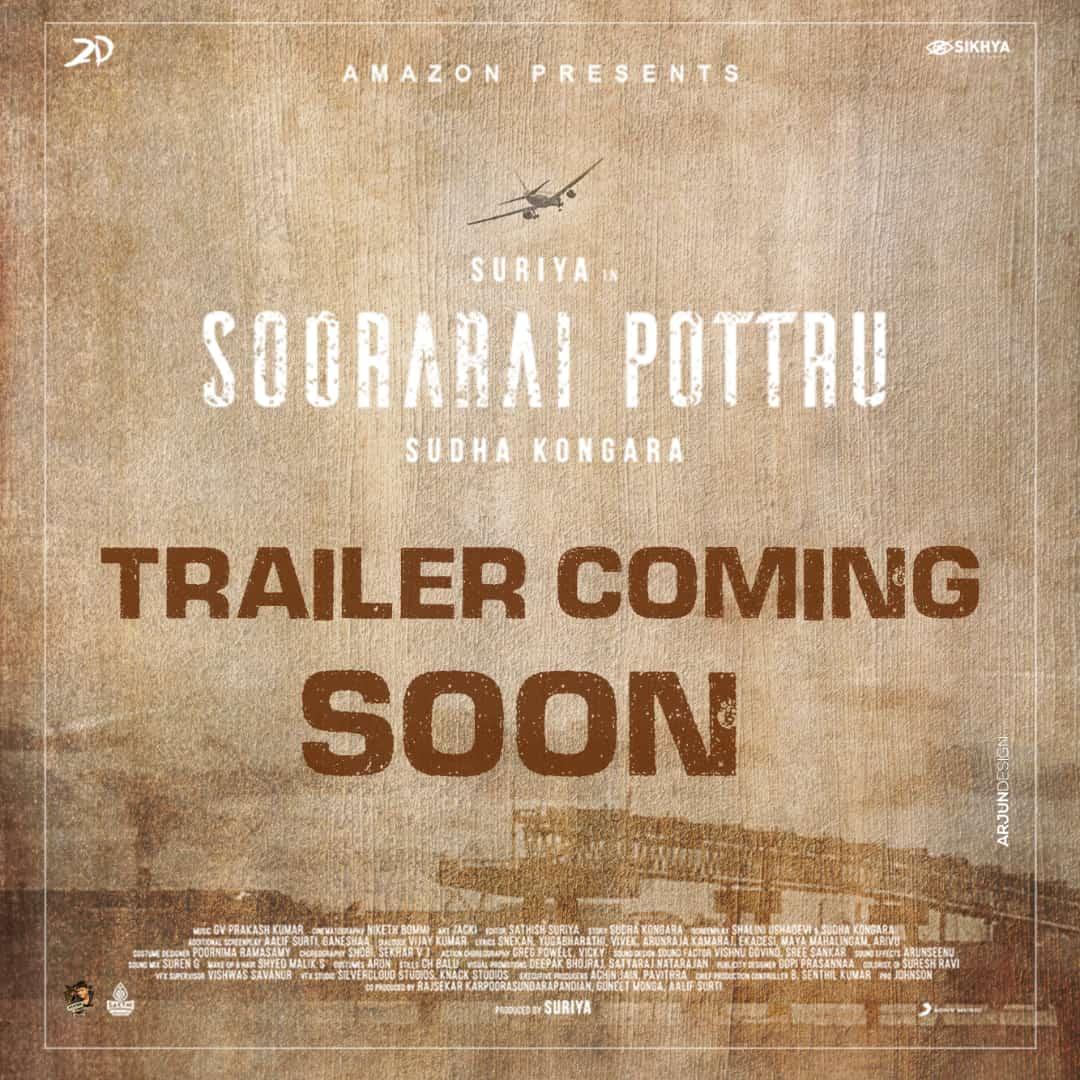 With a little more than 11 days left for Soorarai Pottru's OTT premiere on October 30, 2020, it remains to be seen if Amazon Prime Video will unveil the trailer today or sometime this week.

Soorarai Pottru is a biographical film on Air Deccan founder B.R. Gopinath and is directed by Sudha Kongara. The movie has Aparna Balamurali playing female lead and is produced by 2D Entertainment, Shikya Entertainment.