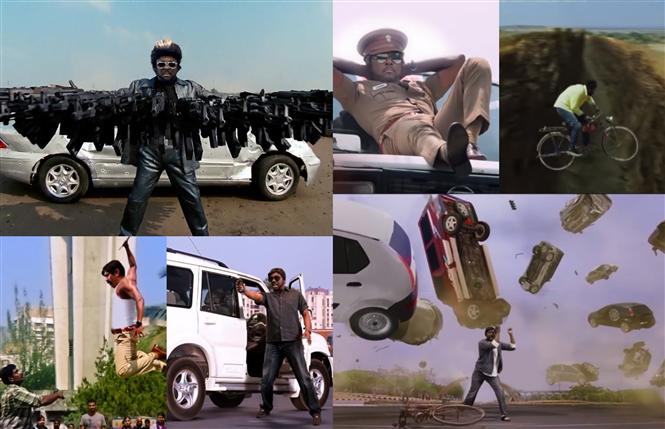 Over the weekend, composer A.R. Rahman shared a video of popular American musical group called The Black Eyed Peas that had used a lot of footage from Indian movies, especially the South cinema. "The borders are blurring through art", wrote the Grammy and Oscar award winning musician thus leading to several media outlets dubbing the Action music video as a 'homage to Indian films'.

And as much as Black Eyed Peas' will.i.am thanked India for its 'vibrancy and contribution to the world', the point of the video was to remind the viewers that not everything one sees on screen is genuine.

In leiu of constant chaos all across the world, Action music video comes with the message, "We are living in very confusing times..We have smart phones and we do dumb things on them..We have ARTIFICIAL INTELLIGENCE but we cant tell fake news from facts.." and we cannot help but point out that over-the-top action scenes from the works of Shankar, S.S. Rajamouli, Sundar.C and Rohit Shetty were employed first and foremost to send this very important point across.