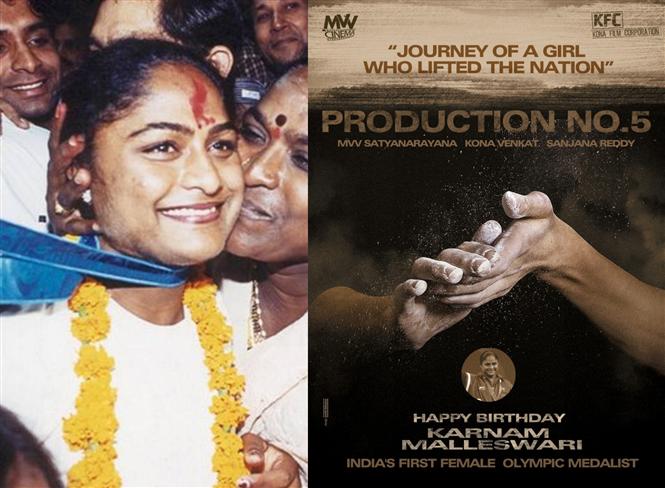 Karnam Malleswari, India's first woman sportsperson to win a medal at the coveted Olympics turns 45 today and on the occasion of her birthday, a sports biopic movie was announced. Tentatively untitled and going by 'Production No. 5', the movie will be produced by the Tollywood production house Kona Film Corporation.

Kona Venkat has written the script for the film while Sanjanaa Reddy is directing it. An official announcement on who is playing the multiple-medal winning weightlifter is expected to be announced soon.