The official teaser of Vijay Sethupathi, Aishwarya Rajesh starrer Ka Pae Ranasingam which is their fourth movie together after after Pannaiyarum Padminiyum, Rummy, and Dharma Durai is out now. Said to be based on true events, the movie's teaser depicts the rural population's fight with the governments neglect of them and their basic necessities such as land, water, rights and jobs. 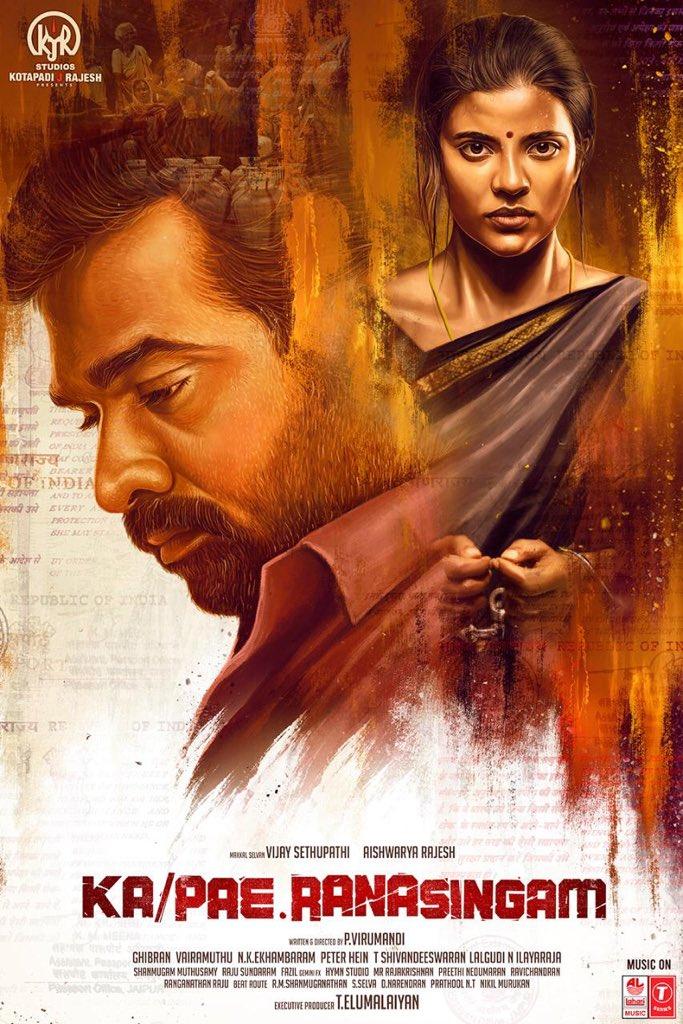 Directed by debutant P Virumandi and produced by KJR Studios, Ka Pae Ranasingam has Ghibran for music and NK Ekhambaram for cinematography.