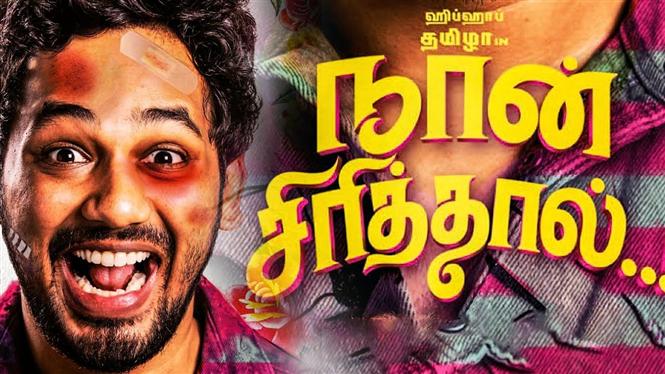 Hip Hop Tamizha's Naan Sirithal which released yesterday turns out to be a biggest opener for the musician turned actor. The film which received a decent reviews from critics and audience had grossed Rs. 3.5 crore in Tamil Nadu on day 1. This is so far the best and biggest opening for Hip Hop Tamizha Adhi.

Aadhi plays a person who laughs at both happy and sad moments because of a neurological disorder Pseudobulbar affect (PBA). Directed by debutante Raana,  'Tamizh Padam' fame Ishwarya Menon plays the female lead. The comedy entertainer, Naan Sirithal is produced by Sundar C, under the banner Avni Movies.