1 Million Views in Under 30 Minutes for Master Kutti Story Song! 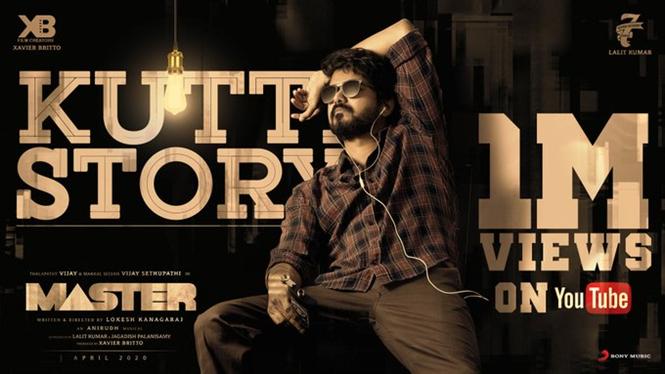 In a record breaking feat, Kutti Story the first single from Vijay's movie Master has amasses 1 million views on YouTube within 30 minutes of its official release. The lyric video of the song has garnered this number on Sony Music's official channel and confirming it to be the same, they tweeted out:

Kutti Story penned by Arun Raja Kamaraj has been crooned by Vijay himself. Listen to the number here.