Dialogue from Kaappaan has now become a reality in TamilNadu! 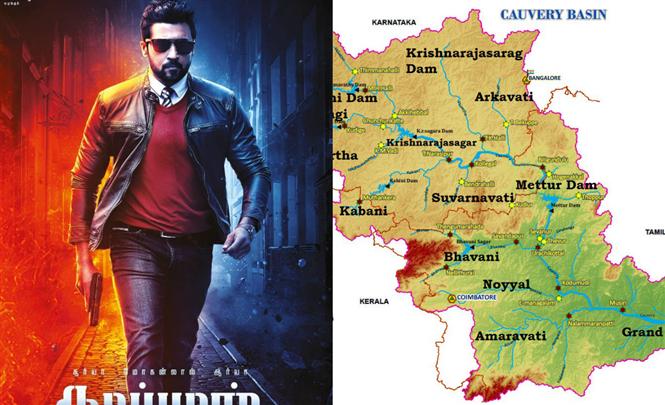 A dialogue from KV Anand directorial 'Kappaan' has now turned into a reality. Arya who plays the PM announces Cauvery delta region as a Protected Agriculture Zone and  that only agriculture can be carried out on that land and nothing else (see video below).

Chief Minister Edappadi K. Palaniswami on Sunday announced that the Cauvery delta districts of Tamil Nadu would be declared as a special protected agricultural zone and assured that permission will not be given for hydrocarbon projects as a step towards ensuring food security of the State.

“The Cauvery delta region is an important agriculture region in Tamil Nadu and farmers continue to do agriculture, despite climate challenges. It is just and reasonable that projects like hydrocarbon exploration have raised concerns among farmers and other agriculture-based labourers. Since the delta region is close to the sea, there is a need to safeguard the region. To ensure that agriculture is not affected, the Cauvery delta regions in Thanjavur, Tiruvarur, Nagapattinam, Pudukottai, Cuddalore, Ariyalur, Karur and Tiruchirapalli will be converted into a Protected Special Agriculture Zone,” he announced.

CM has asserted that steps will be taken to enact special legislation to confer the protected status to the delta districts, he said here that only agro based industries will be encouraged on a need basis in the river Cauvery fed regions.

Also other factors shown in Kaappaan like locust attacks and composting human faces into green manure were new knowledge to the audience but were relatable when massive locust invasions threatened Gujarat farmers.

Amazing to see a film dialogue turns out be a reality, hope the long time fight for delta people comes to an end now. Kudos to CM for announcing this . #Kaappaan