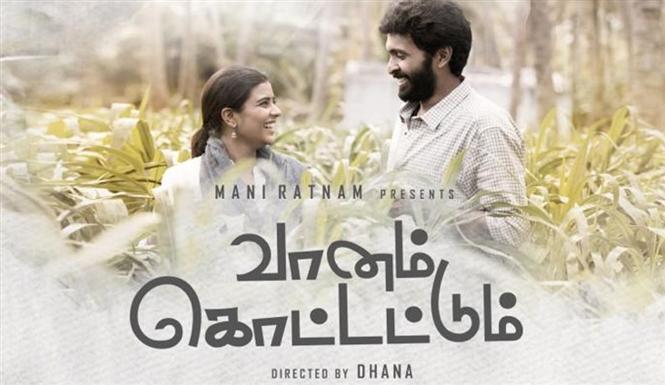 Kannu Thangom.. An elfish number that slowly takes over in its rendition is an instant hook. Siva Ananth's rural rubbed lyrics that call the girl Raasaathi.. Kaali.. Rani.. Mavaraasi.. adds a contrasting charm to the very urban gig kinda tune Sid has made. Shakthisree Gopalan joins by the end and goes effortlessly in tune with the mellifluousness of Sid's vocals.

Easy Come Easy Go.. Another freaky track that holds its limits before breaking into its full power. The fusion of genres in the backing vocals by singers MADM, Sanjeev T and Tapass Naresh along with the Sid's wavering rendition between freeflow and all enthu is quite something. By the time the hook 'Easy Come Easy Go' hits the park.. the song goes for one hell of a trip in the lyrical with Sid Sriram's dreamy admiration of life, destiny and the impeccable boon that the nature is.

Poovaa Thalaiyaa.. Sung by Anthony Daasan and Sid Sriram, the number is a philosophical corundum between life, guilt and existence. The duality in the track underlines also the theme the lyric addresses. Siva Ananth's lyric about the resonative phase when the extremity that life pushes one into come across impactfully with Sid's thumping backing vocals. "Sari thavara pirichu.. Vari variyaa padichu.. Dharmam Needhi velluminnu sattam illa! Kadavul ninnu kollum.. Kadhaigal ellaam kanavu.. Theerpu solla vaanathula yaarum illa!" is certainly not something you hear in your everyday Tamil song.

En Uyir Kaatre.. is a heartbreaking track that calls out to the dearest, asking for the validation one deserve. The opening that solitudes slowly into the high pitch of Sid Sriram surprisingly lands on a brilliant series of lyricals questioning in a Carnatic hook. The simple lyrics gel heartily towards the closure of the song where the beats fuse along with the aalaaps.

Mannava.. Shakthisree's solo number is all melancholic. It, in a way, tunes a reply track to the En Uyir Kaatre. Siva's lyrics like 'Unnoliyaale ullirul pokkida vaa!" comes with a great feel in Shakthi's rendering. The minimalistic music that keeps dropping beneath the pain in the rendition does build beautifully to the collective mood of the song.

Thinam Thinam.. sung by Sid again, is a vibrant romantic track of a man joyously admiring the lover. Siva's fragmented lyrics that abstractly paints the moments of a relationship syncs brilliantly with Sid's music with imageries like 'Uchchiyile thodangum neer.. Malai kadandha pin kaattaaru!' shining here and there!

Sid Sriram's debut soundtrack for a feature film promises a solid arrival here! With each track bringing a mood on its own.. 'Vaanam Kottattum' is that album you pick when you want music to take over.. to get over the blues.. and to trip into the world of yours.