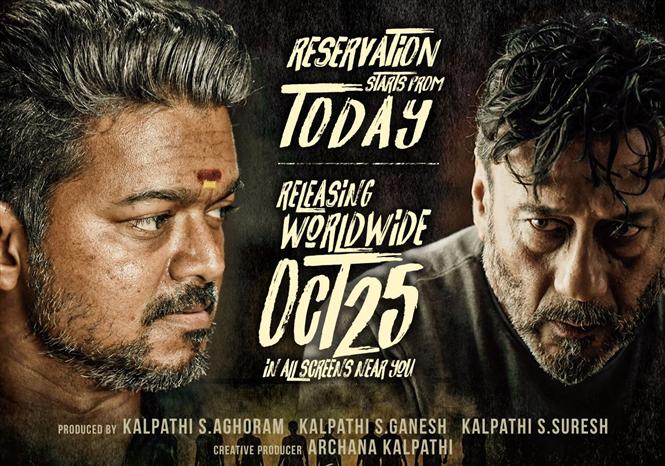 Vijay starrer Bigil which is directed by Atlee and produced by AGS Entertainment is one of the highly anticipated movies this Diwali and as a part of the film's promotional campaign, the executive producer of the film Archana Kalpathi answered some questions about the film on social media today.

Through her Q&A session, it has been revealed that Bigil will be screened at around 4000 screens worldwide, with Tamil Nadu alone taking up 600 of those [remaining 250+ will be screening Bigil's box-office competition Kaithi]. Screen Scene Media Entertainment which famously bagged Bigil's theatrical rights for a whopping Rs. 80 Cr. is looking at a business of at-least Rs. 150 Cr. in Tamil Nadu alone, making it the highest expectation for a Vijay starrer.

And as reported by us earlier, Bigil's pre-release business stands at Rs. 200 Cr. (approximately) which leaved AGS Entertainment with a table profit of Rs. 20 Cr. already. With the Diwali weekend giving an advantage of four days of theater walk-ins and the government considering the liberty of special shows, Bigil is not only walking into optimum business but also into the possibility of being the grandest Vijay film as yet.