Exclusive Report: With a pre-release business of Rs.200 crore, Bigil is already profitable for AGS 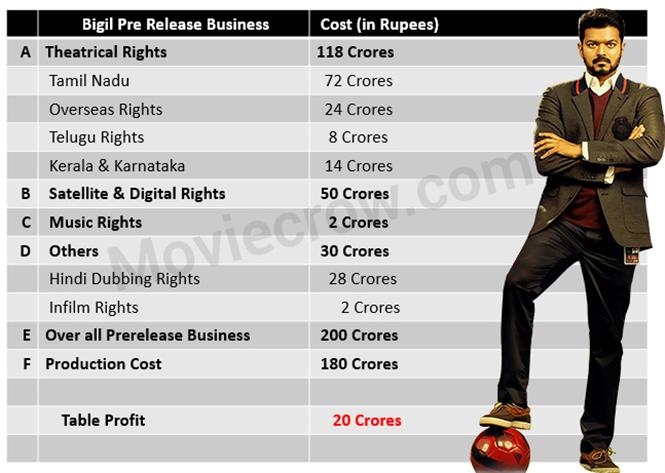 While Vijay's Bigil trailer has already hit the bulls-eye, all eyes are now set on its release on Diwali. At ₹180 crore in production costs, Bigil is the most expensive  Vijay movie and second most expensive Tamil film ever made, only bettered by Shankar and Rajinikanth's 2.0.

With two back-to-back successful movies (Theri and Mersal) behind their back, the trade is pinning its hope on Atlee and Vijay to complete the hat-trick. The distributors are willing to pay a huge premium price to bag the rights of the film. According to sources close to the trade, the movie has already made a business of ₹200 crore, generating table-profit for the producers.

The trade is expecting new box office benchmarks to be set globally. If the movie clicks with the audience, Vijay is at a striking distance of attaining the long-coveted positon of Numero Uno in Tamil.