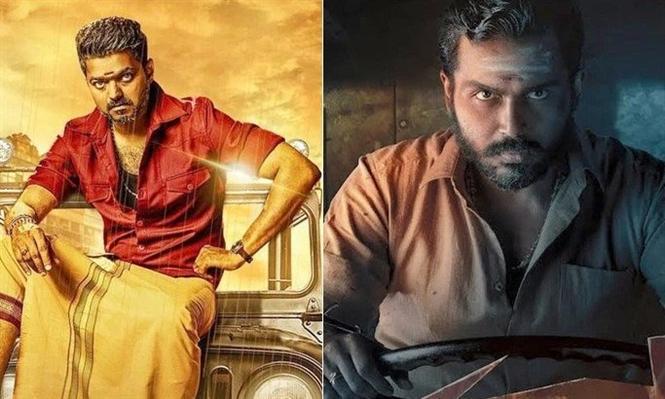 //Update: After theaters owners' assurance that movie tickets will not be sold for higher rates, the government has decided to consider allowing special shows for the Diwali releases in Tamil Nadu.

Vijay's Bigil and Karthi's Kaithi are gearing up for a Diwali release on October 25. While fans are eagerly awaiting to catch their favourite stars on the big screen, the latest announcement from Tamil Nadu information and publicity minister Kadambur C Raju has created a huge disappointment among fans. The Minister has stated that 'no special shows' have been allowed to be screened in theatres for Diwali releases Bigil and Kaithi.

In TN, the Tamil Nadu Government Home Department’s Cinemas division has to issue an approval in the form of a government order for theatres to schedule special morning shows for big star films.  The approval for special shows has not been granted for Diwali releases this year.

The theatres will be allowed to screens 5 shows on festive days if special shows were allowed. The news has now put a huge pressure on distributors and exhibitors as only 4 shows are allowed on a day which also affects the film's business at the ticket window at a great extent. However the theatre owners can breathe a sigh of relief with the government declaring a public holiday on October 28, the day after Diwali.