Is this When Karthi's Kaithi is releasing? 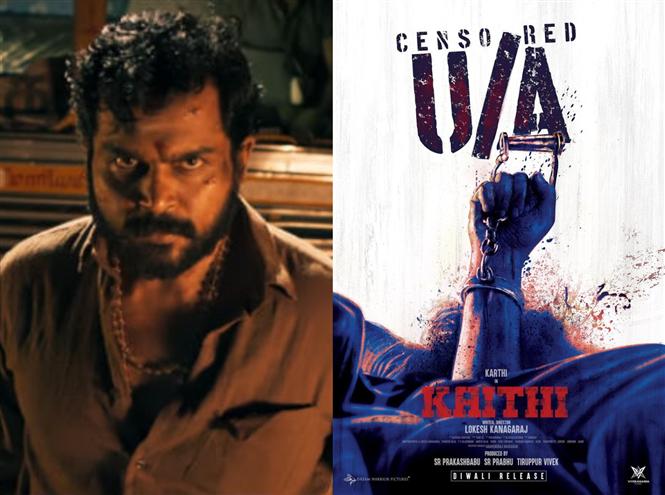 Karthi's upcoming prison-break drama Kaithi is gearing up for a Diwali release and now that the film has completed censor formalities (U/A), the movie release date announcement is only a matter of time. Buzz is that just like its box-office competition Bigil, Kaithi is looking at making optimum use of the Diwali weekend and plans to hit theater screens by either October 24, 2019 (Thursday) or October 25, 2019, the day when Bigil is also releasing.

One of the main reasons both these movies are said to have avoided Diwali day i.e. October 27, 2019 is because it is already the end of the weekend (Sunday) and that it is followed by a working day. An official confirmation on Kaithi's release date is awaited as yet.

Karthi will be seen in an action-packed intense role in Kaithi, which is a Lokesh Kanagaraj directorial and is produced by Dream Warrior Pictures. The actor plays Dilli, an escaped life-convict on the run who is trying to meet his daughter for the first time in 10 years.