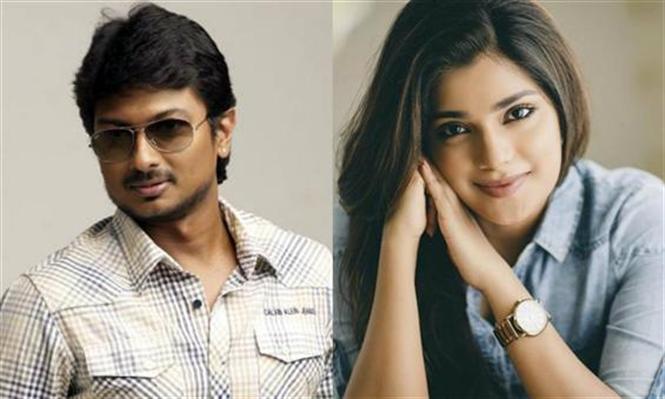 Udhayanidhi Stalin, who has been consistently taking up films based on different roles and genres has almost completed shooting for ‘Kannai Nambathey’. Touted to be an edge-seated thriller, the film marks the second outing of Mu Maran as director, whose directorial debut was Arulnithi starrer ‘Iravukku Aayiram Kangal’. Shedding lights on the film, Mu Maran says, “Kannai Nambathey will be an out and out edge-seated thriller, where audiences will feel the impact right from the word ‘Go’. It was really difficult to craft the story of this film as making the audiences engrossed with gripping moments turned to be a big challenge. However, soon after hearing the script, Udhayanidhi Stalin sir was very much impressed and instantly gave a nod.”

While speaking about the relevance between the film’s theme and title, he says, “The story is set against the backdrops of a thriller drama happening in span of 2 days that brings several characters bouncing up each other. I don’t want to reveal anything about the title for now as I want to give the space for audiences to make their own assumptions.”

The film has Aathmika of Meesaya Murukku fame in female lead role with Prasanna and Srikanth appearing in important characters.