Sanga Thamizhan backs out of Diwali Race! Aims for a November Release Instead! 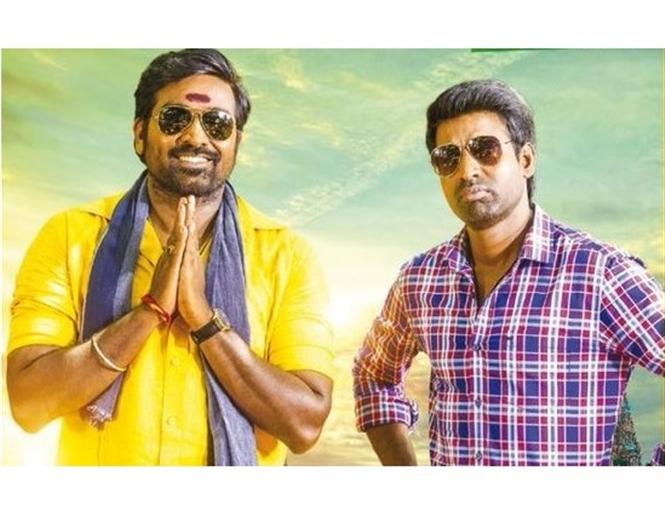 Libra Productions, which had acquired the Tamil Nadu distribution rights of Vijay Sethupathi's Sanga Thamizhan has confirmed that the movie has officially backed out of the Diwali race, leaving Vijay's Bigil and Karthi's Kaithi to compete for screens during the holiday. They have also announced that Sanga Thamizhan will now release either on November 8, 2019 or November 15, 2019.

Touted to be a commercial pot-boiler, Sanga Thamizhan features Vijay Sethupathi in dual roles with Nivetha Pethuraj and Raashi Khanna and is directed by Vijay Chandar of Sketch and Vaalu fame. Produced by Vijaya Productions, the film has  D Imman for music, Velraj for cinematography and Praveen KL for editing.