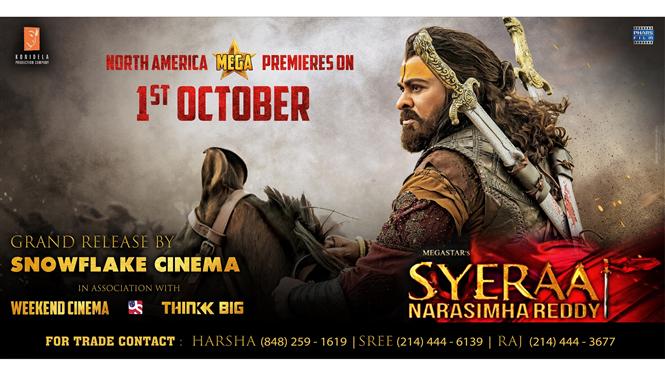 Dubai based Phars Film, the official overseas distributor of Chiranjeevi's upcoming movie Sye Raa Narasimha Reddy have given the USA distribution rights to a company named Snowflake Cinema, which is a joint venture of three notable USA distributors who have earlier released South films like KGF (Weekend Cinema), Petta (Think Big) and Mersal (US Tamil). Before its official release on October 2, 2019, Sye Raa will have a grand premiere in the country on October 1 and advance bookings for the movie are expected to open soon.

Based on the life of freedom fighter Uyyalawada Narasimha Reddy who fought the British invasion in the 18th century, Sye Raa is a big-budgeted epic film which comes with a multi-starrer cast of Nayanthara, Vijay Sethupathi, Amitabh Bachchan, Tamannaah and Kannada actor Kicha Sudeep among others.

Sye Raa Narasimha Reddy will be releasing in Telugu, Tamil, Hindi and Kannada in all major chains across USA and Canada. 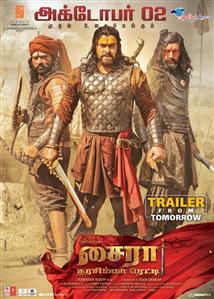