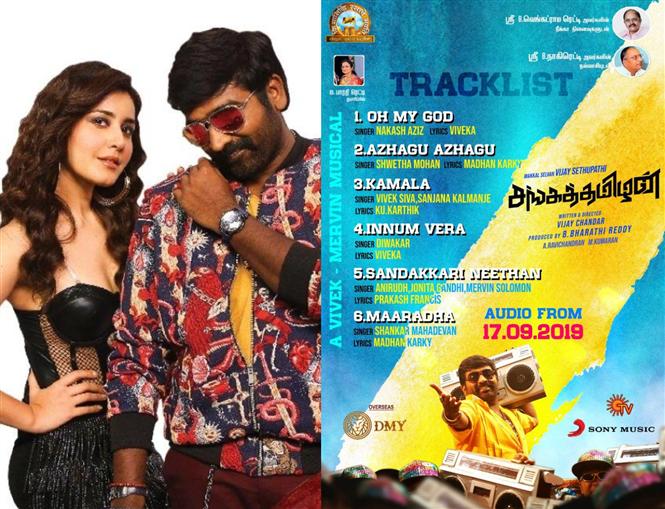 Sony Music South, which holds the audio rights to Vijay Sethupathi's upcoming film Sanga Thamizhan have officially released the track-list for the album, which is to be launched on September 17, 2019 i.e. tomorrow. Consisting of six songs, the track-list comes with numbers titled:

Vivek-Merwin has composed music for this movie which is directed by Vijay Chander and produced by Vijaya Productions.