Sibiraj starrer Ranga teaser released few minutes ago has the attention of Netizens for its visuals, BGM and cuts. Written and directed by Vinod DL, the film has Nikhila Vimal playing the female lead with Sathish and Mohnish Rahega appearing in important characters.

Vijay K Celliah is producing this film for Boss Movies, which has musical score by Ram Jeevan and cinematography handled by Arvi with Ruben as the Editor. The teaser gives an impression of being a tale revolving around a married couple from Tamil Nadu embarking on a journey to Kashmir, where they are prone to life threatening situation.

In addition, the initial portions, we come across few militants like characters passing the photo of Nikhila Vimal, which suggests that the tale could be centering on her character. The teaser has gained the attention for unique BGM, which is simple and repeated, but still engrosses the viewers along with visuals and Ruben’s editing. 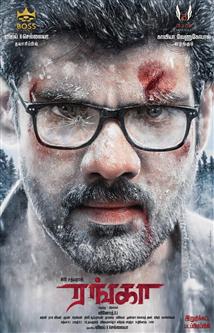