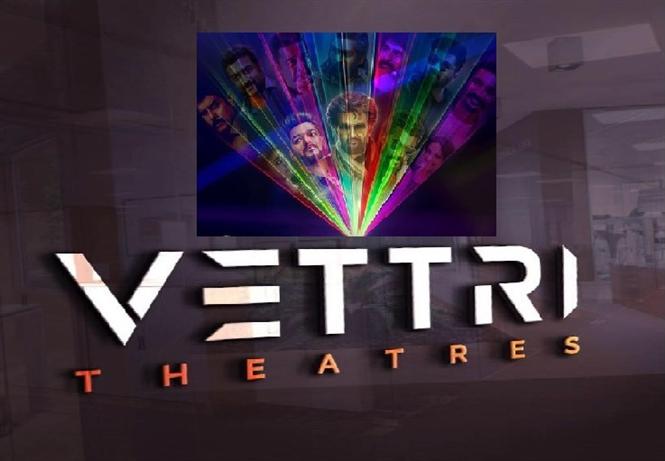 It was during the release of Rajinikanth's 2.0, when Chennai based Vettri Theatres debuted India's first RGB Laser Projector from a company called Christie [CP4325-RGB with 25,000 lumens and 4K resolution]. The cutting-edge technology was used for the screening the 3D version of the film in November, 2018 and in doing so, Vettri Theatres had gained recognition as the movie theater that beat PVR (which had been eyeing the technology for a while) in upgrading to RGB Laser Projection in India.

After months this major upgrade, Rakesh Gowthaman, managing director of Vettri Theatres recently announced that they have been felicitated with an award for the same. Vettri Theatres has won the 'Best Technology Adopter of the Year' at the Imax Big Cine Awards, a four year old annual expo that honours the design, technical and operation excellence of professionals in the cinema exhibition industry.

Vettri Theatres will be collecting its award on August 27, 2019, when this year's Big Cine Awards is scheduled to take place. RGB Laser projection is said to be the most advanced and cost-effective way of screening films; this next generation technology enables the laser projectors to display bright and sharp details, that filmmakers and cinematographers worked hard to capture.