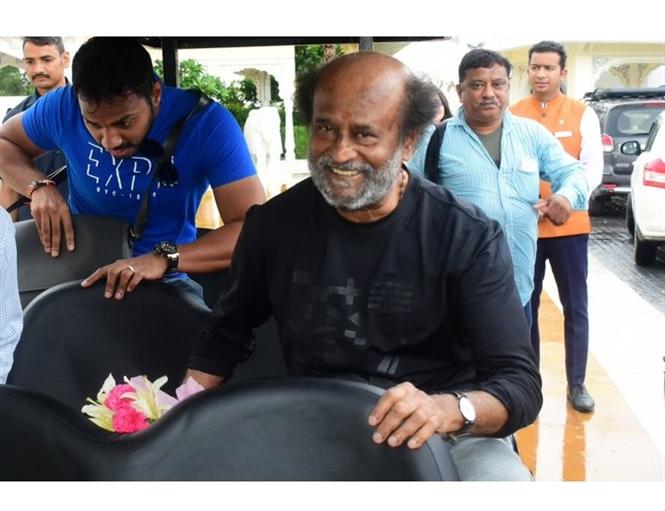 Recently, Rajinikanth and Nayanthara were spotted leaving for Jaipur for shooting of their highly anticipated movie Darbar, an A.R. Murugadoss directorial. The duo began filming officially over the weekend and images of Rajini from the Pink city is now slowly making its way to the internet.

Darbar holds a special place among fans of Rajinikanth, for the actor will be donning the khaki after a gap of almost 25 years. Recently, the composer of the film Anirudh piqued interest levels by stating, "Murugadoss sir is shaping up the film in a tailor made ‘Thalaivar’ formula. The film..will be hitting screens for Pongal."

Touted to be an action based film, Darbar has a bevy of Bollywood villains namely Nawab Shah, Suniel Shetty and Prateik Babbar and was earlier shot in the city of Mumbai. The film is produced by Lyca Productions and also stars Yogi Babu in it.