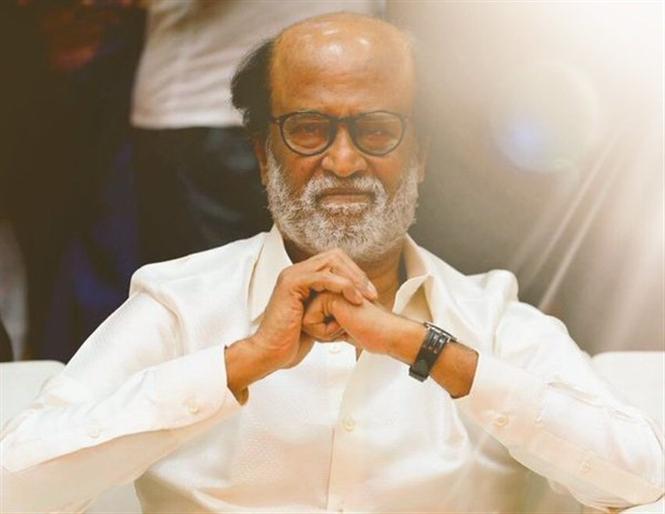 The Kaappaan audio launch that happened last evening was a star-studded affair is no news and as reported by us yesterday, it was evening filled with anecdotes and praises shared between stars who share the same industry. Special guest Rajinikanth's speech gained special prominence after his backing of Suriya's take on NEP, 2019 draft and the Superstar's now viral statement, "People say that only if I speak Narendra Modi will hear (a reference to lyricist Kabilan's (not Kabilan Vairamuthu) statement earlier in the evening that Narendra Modi would have listened if Rajinikanth had spoken instead of Suriya)..What Suriya spoke would also have definitely reached Modi's ears."

But this wasn't the only thing that Rajinikanth spoke about in the event. The superstar actor went on to reveal details about other films produced by the Lyca Productions banner by stating, "Subaskaran is doing 3 big projects now. Indian 2 will become a big hit...Ponniyin Selvan by Mani Ratnam; after so many people trying for many years, it is happening now and Darbar; director A.R. Murugadoss is working to an extent that another film like it shouldn't come."

It is worth mentioning here that this is the first official confirmation of Mani Ratnam's magnum opus being bankrolled by Lyca Productions and Indian 2 not getting shelved. Rajinikanth spoke about a missed opportunity with Kaapaan director K.V. Anand by stating, "A few years back, I was supposed to do a movie with him. I also listened to a script, but unfortunately, the project did not take off"

He also shared interesting anecdotes about the former cinematographer by stating, "K.V. Anand was the cameraman for Sivaji The Boss. Director Shankar trusts his script judgment a lot. After hearing Sivaji script, KV said it will for sure become a super-hit film (and it did)". About Sivakumar, actor and father of Kaappaan's lead Suriya, Rajinikanth added on a light-note, "I worked with Sivakumar on two films. At the shooting spot, heroines and other ladies used to talk to me..He used to care about me and told me that I should not get stuck in any rumours."