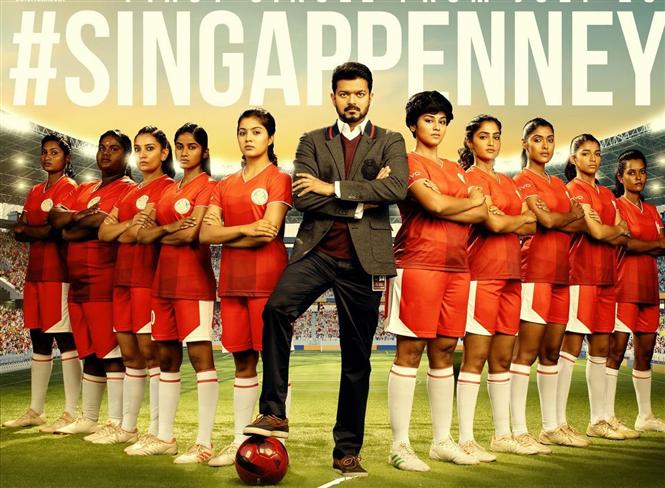 The much awaited “Singappenney” from Vijay’s Bigil will be released as the first single on July 23. Earlier, we had reported on the song being leaked over online platforms that created turmoil over the places. Apparently, the team as a part of counter mission has decided to officially release the song as first single now. Apart from composing, AR Rahman has reportedly crooned the song, where the title signfies that it adores the women.

Scheduled for worldwide release in the festive occasion of Diwali, Bigil features Vijay in dual roles as father, a local goon and his son Michael,  coach of women football team. The star-cast boasts of big names including Nayanthara, Jackie Shroff, Vivek, Yogi Babu, Induja, Kathir and many more familiar artistes. Produced by Archana Kalpathi for AGS Entertainment, Atlee has written and directed the film.