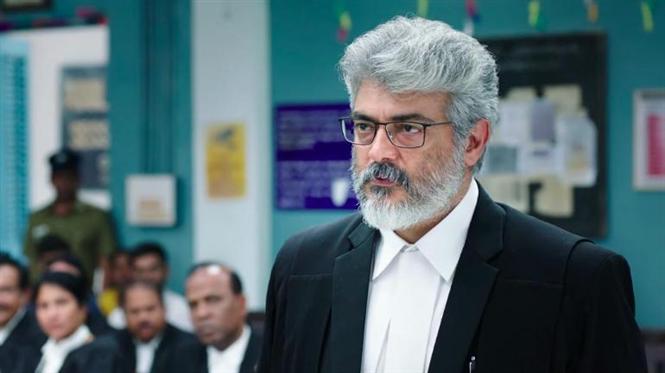 Ajith Kumar’s Nerkonda Paarvai scheduled for worldwide release on August 8 has been censored with UA now. Directed by H Vinoth, the film is produced by Boney Kapoor for Bayview Project LLP. Although, the film is said to be a remake of super hit Hindi movie Pink, the confidential sources mention that only the original's premise has been retained and many changes have been made accordingly to suit the regional tastes.

Shraddha Srinath, Abhirami Venkatachalam, Vidya Balan, Rangaraj Pandey, Delhi Ganesh and many more prominent actors are a part of this star-cast. Yuvan Shankar Raja has composed music for the film that has already released couple of single tracks. It is expected that the third single, which is a melodious number pictured on Ajith Kumar and Vidya Balan might get unveiled soon.