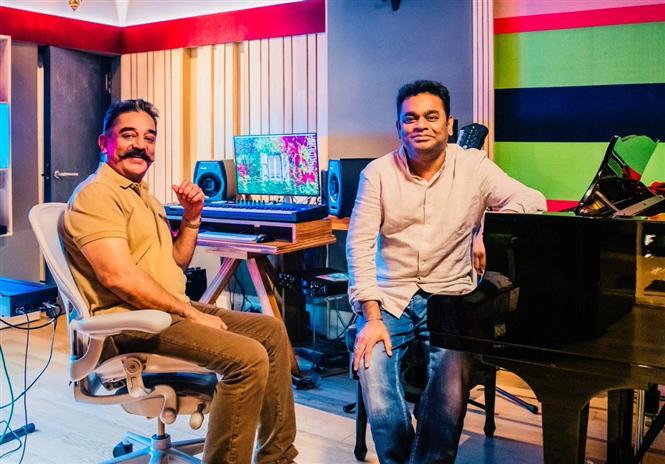 In a surprise announcement today, composer A.R. Rahman shared via his social media page that he has teamed up with Kamal Haasan for a magnum opus produced by Lyca Productions and Haasan's Raaj Kamal Films International (RKFI). While details of the project were not revealed, speculations have been flying as to whether the project is a revival of Indian 2 (of which Anirudh was announced as the composer), Sabaash Naidu or Kamal Haasan's ambitious Marudhanayagam (both of which Ilayaraja was announced as the composer) or a completely new one.

While making the announcement, Rahman wrote, "Happy and excited to collaborate with the one and only @ikamalhaasan himself on a magnum opus... Watch this space for more.."

Update: It's Thalaivaran Irukkindraan, the revived project which was dropped in 2017