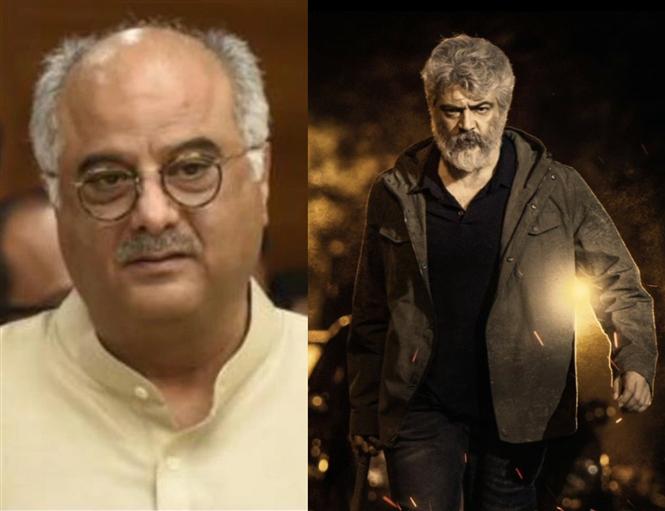 In a surprise announcement today, producer Boney Kapoor has said that an update about Ajith's Nerkonda Paarvai will be revealed at 6 PM today. The movie which was originally announced to be releasing on August 10, 2019 was recently in the news for speculations about release date change and expectations are that a final release date announcement would be made today.

Recently, Boney Kapoor had put speculations surrounding their other films to rest by tweeting, "Seeing false reports of 3 film deal between Ajith and me in the media. Want to straighten the record. After # Nkp we are working on the action film. While I would love to have him on board for a Hindi film, he has not confirmed anything."

Nerkonda Paarvai directed by H. Vinoth is the Tamil adaptation of the Bollywood social thriller Pink. The Kollywood version is expected to have changes in its screen-play suited to the taste of Ajith's fans and the Tamil audience.