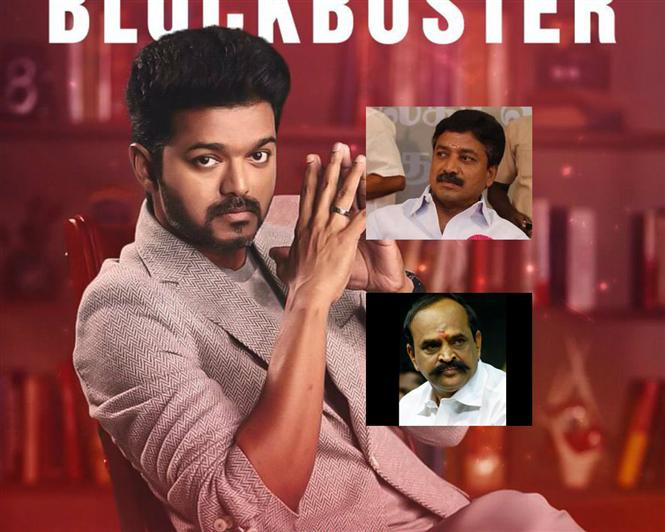 Only yesterday we had reported about Tamil Nadu's Information and Publicity Minister, Kadambur C. Raju  issuing a warning to the makers of Vijay starrer Sarkar. Addressing the press (and referencing the scene where government provided freebies are thrown into a fire), Kadambur Raju had said,

"..People will not accept these political motives..It is not good for an upcoming actor like Vijay..We will also take this to the attention of the Chief Minister. If they(the makers) remove these scenes, then it is good. If not, we will think of the next course of action."

Now, another member of the ruling AIADMK party C.V. Shanmugam who is also the Law minister of Tamil Nadu has launched a scathing attack on actor Vijay and the makers of Sarkar. "Vijay is acting like an extremist...only the extremists try and topple a democratically elected government in a state.."

Tamil Nadu superstar Vijay's Sarkar has made politicians in Tamil Nadu angry, AIADMK govt has demanded removal of controversial scenes from the film. Tamil Nadu Minister has even went on to say that actor is acting like a maoist @NairShilpa1308 with details #SarkarVsTNSarkar pic.twitter.com/DjUpgs7oNK

C.V. Shanmugam has also said that legal actions should be taken against Vijay, the makers of Sarkar and the theaters screening the scenes that have been objected to by the AIADMK party members. He said, "Everyone has the right to criticize the government. But the film (Sarkar) is inciting violence. That is a grave offence,”