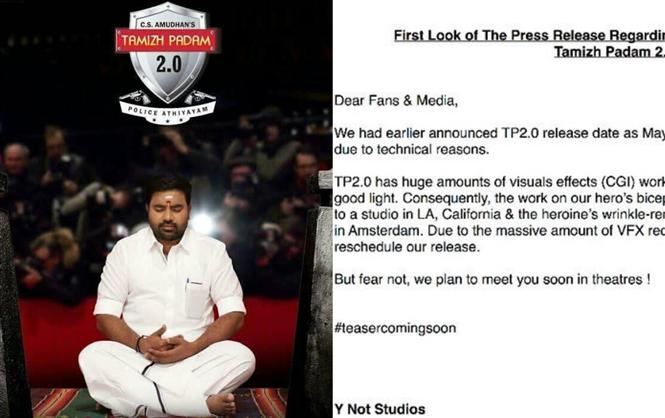 The makers of Tamil Padam 2.0 had initially planned to release the film on May 25. The film release has been pushed further and the makers have released an official (hilarious) press release for the delay. The exact release date is yet to be announced. The teaser of the film will be out soon. Director Venkat Prabhu shared the official press release for the film's delay on his Twitter page.

Tamizh Padam 2.0 is a sequel to 2010 hit Tamilzh Padam, which was a full-length parody of contemporary Tamil cinema. Shiva, Disha Pandey, and Ishwarya Menon play the lead roles. CS Amudhan who helmed the original Tamizh Padam has directed the sequel as well. The film bankrolled by Sashikanth's YNOT Studios has music composed by Kannan and cinematography by Gopi Amarnath.