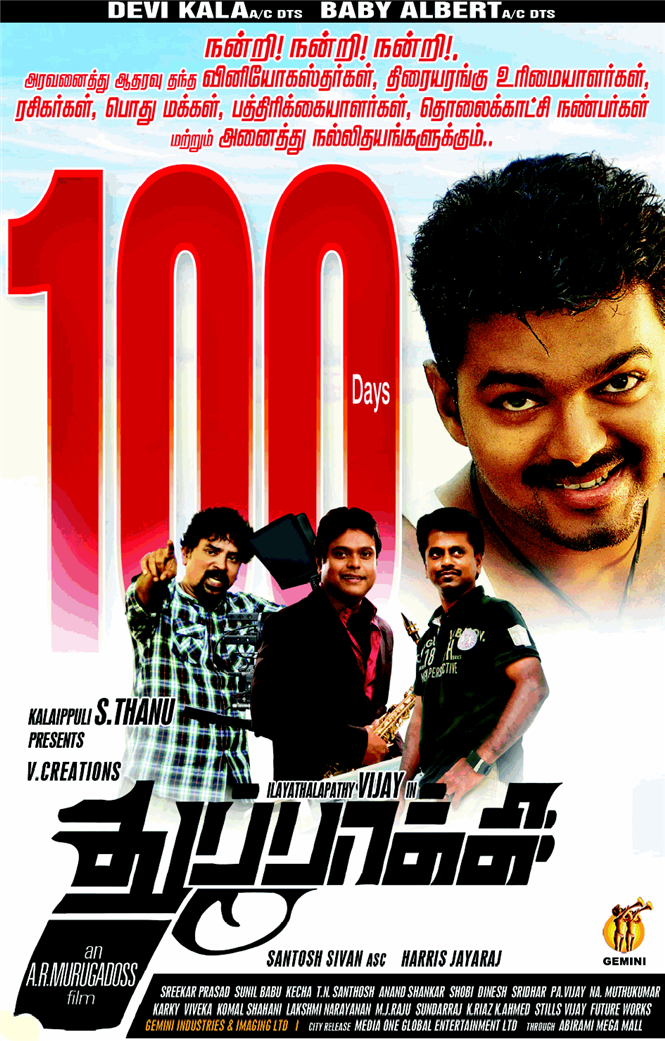 Vijay's 'Thuppakki' directed by A. R. Murugadoss is successfully completing 100 days of theatrical run today. The film was released on November 13, 2012. Thuppakki has been declared as the Biggest Blockbuster of the year 2012 and is also one of the top grossers in Tamil cinema. Kajal Aggarwal played the leading lady in the film. Music by Harris Jayaraj. Cinematography by Santosh Sivan and editing by Sreekar Prasad.